Australia is scared of Ashwin, not Virat, Rohit, confession in Melbourne 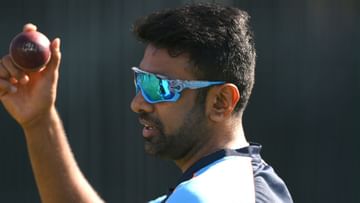 Australia opener Matt Renshaw called Ashwin a big threat ahead of the Border-Gavaskar Trophy. The series of four Test matches is being held from 9 February.

I am scared of Ashwin sir!

After New Zealand, the Indian team has to play a four-Test series against Australia. The Border-Gavaskar Trophy is very important for Team India because with the victory in this series, it can enter the final of the World Test Championship. At the same time, it is also a battle of honor for Australia because it has lost twice in a row to Team India at its own home. Although there is fear among Australian batsmen before this series. This fear is about Ashwin, whose bowling is similar to left-handed batsmen. Australian opener Matt Renshaw has said this.

Australian batsman Matt Renshaw has admitted that getting spinner Ravichandran Ashwin to play in the four-Test series against India starting on February 9 will be the most difficult. Ahead of the Border Gavaskar Trophy starting in Nagpur, everyone’s focus is on how the Australian batsmen play the dashing Indian off-spinner.

Ashwin is the time for left-handed batsmen

Why is it difficult to play Ashwin?

Renshaw said, ‘It is difficult to play Ashwin. He is a smart bowler and has got a lot of variety which he uses very well. He is a tough challenge for the Khabbu batsmen. He said, ‘There is a danger of getting caught in the slip on his turn ball, but you can be LBW on the ball that does not take spin. Have to be ready for that.