Ashwin-Pujara clashed with Virat and Rohit in England before the warm-up match against the county team. 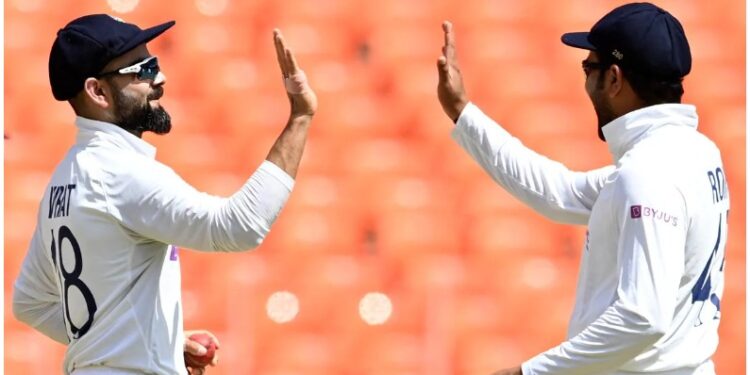 The three-day practice match between India and England’s county team is starting from today. According to Indian time, this match will be played from 4 pm.

India will see England’s county team later. Before that, he was seen dealing with himself. There was a fierce competition between them. Team India players were seen divided into two groups in England ahead of the practice match against the county team today. One group was of Virat (Virat) and Rohit (Rohit) and in the other players like Ashwin and Pujara were seen. Team India was divided into two camps not because of any estrangement or differences but to test its own preparations. This was a mock drill to test the fielding of the team which was conducted by fielding coach R. It was the result of the brainchild of Sridhar (R. Sridhar).

BCCI has uploaded the video on Twitter, in which players can be seen taking part in this fielding drill. Fielding coach R. According to Sridhar, with this trick of fielding, the fitness of the players will be fine as well as the enthusiasm will also be high. He told that this activity was done by dividing the players into two camps, in which there was a lot of tough competition between the two teams.

In the video R. Sridhar is telling the full story of this fielding drill. According to him, “The team did this drill by dividing it into two camps. Virat, Rohit and other players were in one. In the other camp, Ashwin, Pujara and the rest of the players. After a little effort from the players, when we saw the scoreboard, Virat-Rohit’s team had the upper hand. He was 10-8 ahead of Ashwin-Pujara’s team. “

As #TeamIndia regroup in Durham, @mayankcricket gives a behind-the-scenes tour, with @ cheteshwar1 making a cameo 👌 👌- by @RajalArora

practice match between india and county team from today

Sridhar told that the purpose of capitalizing on this process of fielding was to test the fitness of the team. Players will benefit greatly from such practice in the Test series. Both his fitness level and enthusiasm will be high. The three-day practice match between India and England’s county team is starting from today. According to Indian time, this match will be played from 4 pm.

Also read: Aaron Finch out of the first ODI against West Indies, Australia handed over the captaincy to this former footballer