Ashwin made preparations to beat the British! Leaving the holidays in the middle, went to play county cricket 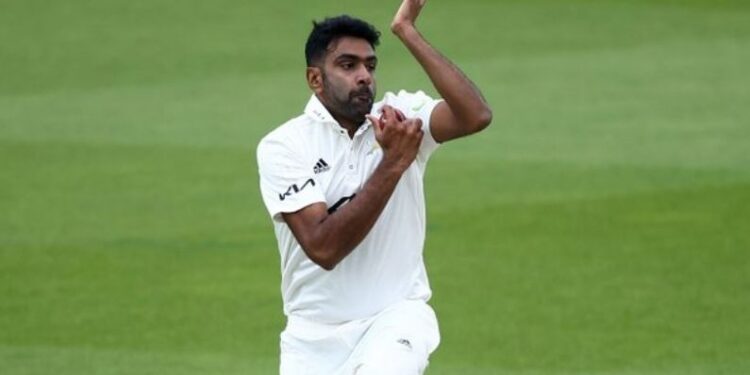 The Test series between India and England is to start from August. Under this, five test matches are to be played. Before this, the Indian players are still going on holidays.

Ashwin played county cricket before the series against England.

Indian spinner Ravichandran Ashwin came out to play in the County Championship before the Test series against England. He represented Surrey for the first time against Somerset. On the first day, he bowled 28 overs and took one wicket. Ashwin did not impress much during this period but the batsmen had trouble scoring runs on his accurate line-length. He conceded 58 runs in 24 overs with five maidens in the first two sessions and achieved a breakthrough. Surrey captain and England opener Rory Burns got him bowled from both ends. During this period, Ashwin became the first spinner to start bowling with the new ball in the English county in the last 11 years. Earlier in the year 2010, Jeetan Patel had done this.

Ashwin got the only breakthrough so far in the form of Tom Lamanby (42) at the start of the second session of the day. In view of the lack of practice matches with the Indian players who went to England, Ashwin and the BCCI decided to play in this match. Ashwin’s effort was to practice more and more bowling without showing much of his variety. On a slow pitch, Ashwin didn’t use much variety and kept bowling at the same spot. Most of his ball did not spin but bowled Tom Lamanby’s defence. Somerset’s team scored 280 for six at the end of the second day’s play.

Only five fours were given till the 25th over.

On the first day, Ashwin barely bowled any loose deliveries till his 25th over. During this, only five fours were hit on his balls. Two of these shots came through sweep and one slog sweep. He bowled well against Somerset opener Devon Conway and hit the New Zealand batsman badly on some balls. Indian players will not have many matches to practice before the series against England. They will not be able to play first class matches here at all. In such a situation, Ashwin and BCCI spoke to Surrey and made arrangements to play in a match.

The Test series between India and England is to start from August. Under this, five test matches are to be played. Before this series, the Indian team can play some intra-squad matches. Along with this, he will also compete with a County XI team for practice.

read this also: India’s ‘fastest bowler’ made his debut against England, took 7 wickets to win