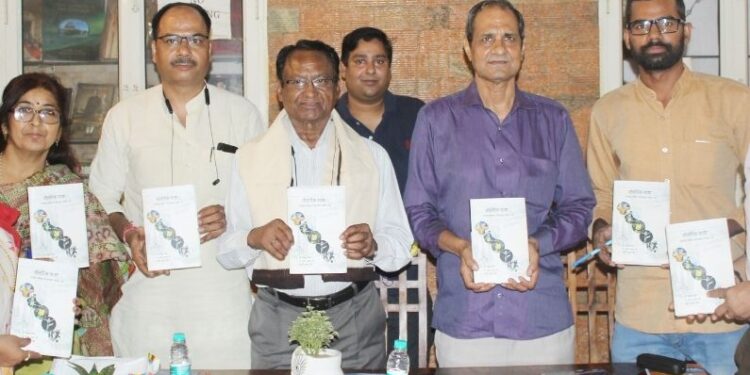 Many anecdotes and stories related to the Olympics have been shared in this book. It has outlined topics such as the journey from ancient Olympics to modern Olympics and India’s presence in the Olympics.

The book ‘Olympic Saga: From Divine Myth to Human Myth’ was released in the midst of the Olympic Mahakumbh today. This book is written by Dr. Smita Mishra, Dr. Suresh Kumar Low and Sunny Kumar Gond. The book was released at the Press Club by Ashok Kumar Dhyanchand, the star player of Hockey’s Olympic and World Champion team. The first copy of the book was presented by the authors to Ashok Kumar Dhyanchand.

During this program, Chief Guest Ashok Kumar Dhyanchand said that the book is a powerful medium to know the history and through this book the coming generation will be aware of the Olympics, its stories and its heroes and they will get inspiration. Ashok Kumar Dhyanchand ji discussed about the game and conditions of that time through many stories from the time of his father Major Dhyanchand. He also spoke on the ongoing Olympic Games at the present time.

Today’s players lack determination in comparison to the players like before.

Referring to the plight of Indian hockey, Ashok Dhyan Chand said that the resolve of his father Major Dhyan Chand and later players is rarely seen in today’s players. This is the reason that even after 45 years, Indian hockey has not been able to return its glory. They believe that today’s players have got better facilities, but where are the shortcomings, the people responsible need to pay attention to this. More than 200 countries participate in more than a dozen sports in the Olympics. It is every player’s dream to lead the country in the Olympics. In this book published by ‘India Netbooks’, where the journey from ancient Olympics to modern Olympics, parts of the Olympics, Olympic greats, distinguished records, India’s presence in the Olympics has been outlined. At the same time, Olympic and cinema, events happening for the first time in Olympics and Tokyo Olympic postponement due to COVID etc. have also been looked at.

The author of the book, Dr. Smita Mishra, said that many stories of courage, determination and morality have been included in this book, which not only inspire sportsmen but also every section of the society. Referring to the challenges faced in writing this book, he said that writing a book on Olympics is like extracting pearls from the ocean. It was very difficult to find the right material on this topic. Different medium showing different records.

Co-author Dr. Suresh Kumar Lau believes that the Olympic Games is not limited to medals and fame, but it is also a medium of personality change. Sunny Kumar Gond said that this book traces the journey of Olympic Games from ancient myth to creation of new modern myth, which will expose the reader to various aspects of Olympics. Prominent sports journalist Rajendra Sajwan proposed the vote of thanks. Congratulating the writers, Dr. Piyush Jain, General Secretary, PEFI India, stressed the need to make sports an essential part of life.

India is lagging behind in shooting in two days at the Tokyo Olympics 2020, there is a danger of being like Rio 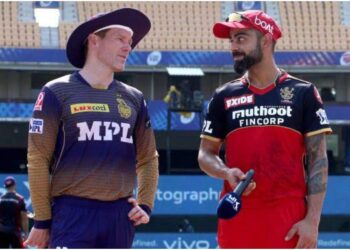 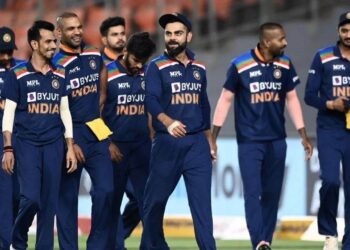 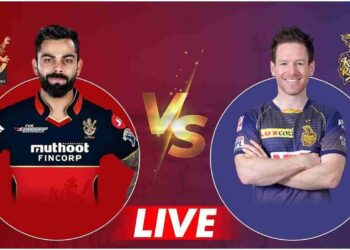 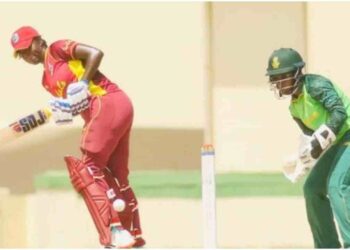 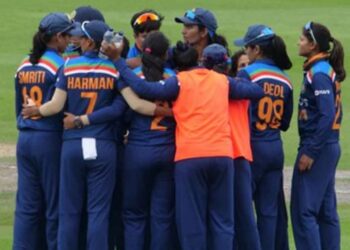 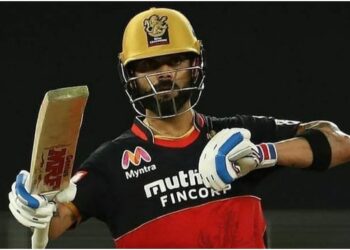 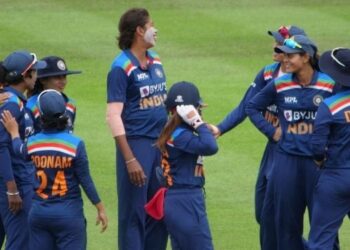 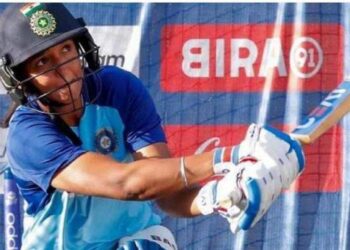