Another disaster for Joe Root and England, ICC punished this mistake in Lord’s Test 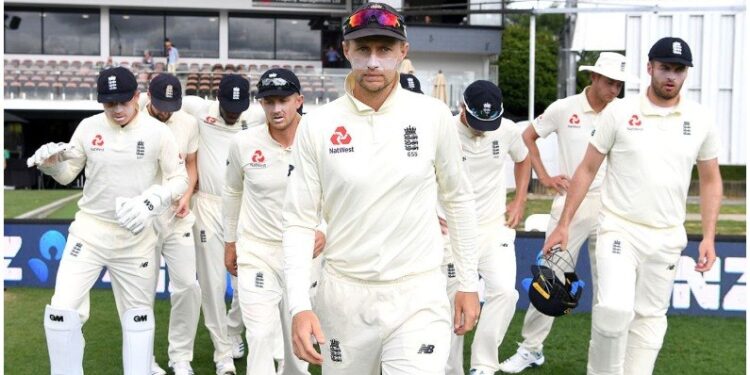 The first Test match between England and New Zealand at Lord’s ended in a draw on Sunday, 6 June. The second match of the series will be played from June 10.

The England cricket team was fined 40 per cent for slow over-rate in the Lord’s Test. (File Photo)

The last few months have not been good in the field for the England Cricket Team. The 3-1 Test series defeat on the tour of India and the controversial rotation policy have already put the English team under criticism. Meanwhile, in the first Test match against New Zealand at Lord’s, the team looked breathless in front of the visiting team at their home and somehow managed to get the match drawn. Along with this, players’ injuries and off-field controversies have also created a different ruckus. In such a situation, already facing many troubles, the team led by Root has now got another punishment. The International Cricket Council has deducted 40 per cent of the English team’s match fee as a fine for slow over-rate in the Lord’s Test.

The first match of the two-match series, which started on June 2 last week, ended in a draw on Sunday, June 6. After the match was over, on-field umpires Richard Cattleborough and Michael Gough, third umpire Richard Illingworth and fourth umpire Mike Burns complained of slow over-rate against the English team, following which match referee Chris Broad fined the entire team.

Joe Root’s team was 2 overs behind the scheduled time

In the official press release issued by the ICC, it was told that the match referee of the elite panel, Chris Broad, after a complaint from the umpires, found the English team to be 2 overs slower than the scheduled time and imposed the penalty. According to this, “based on the ICC Code of Conduct for Players and Player Support Staff 2.22, which deals with slow over-rates, players are fined 20 percent of the match fee per over.”

According to the ICC, the captain of the English team, Joe Root, accepted his mistake and accepted the fine, due to which a hearing was not required.

273 runs were needed to win, the match ended in a draw

On the last day of the match, New Zealand declared their second innings at 169 for 6 and set England a target of 273 runs to win the last two sessions. However, the English team had a poor start and instead of trying to chase the target, the team focused on drawing the match. Opener Dom Sibley scored an unbeaten 60 for the team, while captain Joe Root also contributed 40 runs and the match ended in a draw. The second match of the series will be played from June 10 at Edgbaston, Birmingham.