Announcement of English team to face India, match will be held after 5 days, Kohli will not play two keeper of army 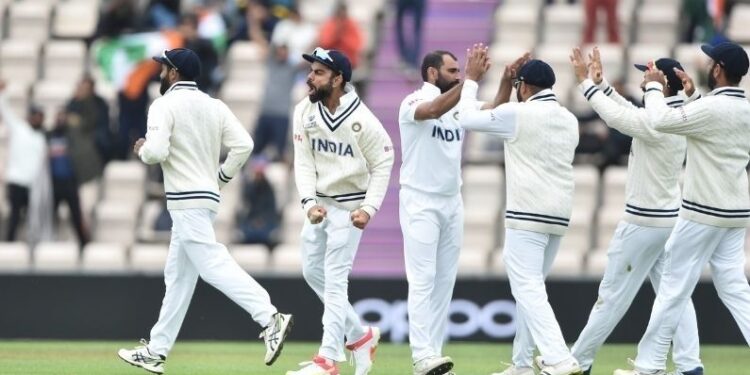 The Indian cricket team is struggling with the problem of its members being corona positive before the practice match. Its star wicketkeeper Rishabh Pant and throwdown specialist Dayanand Jarani have been found to be Corona positive.

The Indian cricket team is currently on a tour of England.

The Indian cricket team is busy preparing for the practice match before the five Tests against England amid the cases of Corona Virus. This match will be played against County XI in Durham from 20 July. This match will be of three days and will be the only first-class match for India before the Test series against England. The County XI team for the match has been announced. Players have been selected from different counties of England in the team. Will Rhodes will be the captain of the County XI. 15 players have been selected in the team. Earlier India did not have any first class practice match. But after the meeting of the BCCI and the England Board, a practice match was agreed. The County Championship is going on in England right now. Because of this a match cannot be held with any county team. For this reason, County XI has been formed by taking players from all county teams.

At the same time, the Indian cricket team is struggling with the problem of its members being corona positive before the practice match. Its star wicketkeeper Rishabh Pant and throwdown specialist Dayanand Jarani have been found to be Corona positive. Bowling coach Bharat Arun, reserve wicketkeeper Wriddhiman Saha and standby opener Abhimanyu Easwaran have been quarantined. He came in contact with Dayanand. The reports of Arun, Easwaran and Saha are reported to be negative but they will have to follow the health safety protocols of the British government.

Because of this, he will remain in London with Pant and Jarani. The rest of the team will gather in Durham in the evening after a 20-day break. Pant and Saha will miss the practice match against a combined county team from July 20. In such a situation, KL Rahul will do wicketkeeping. The team has already suffered a setback. Its opener batsman Shubman Gill has been out of the series due to a leg injury.

A County Select XI, captained by Will Rhodes, will play India at Emirates Riverside next week.

See who’s in the squad ⬇️

The County XI team is as follows: