An accident forced to sit on a wheel chair, yet did not give up, had set a big example 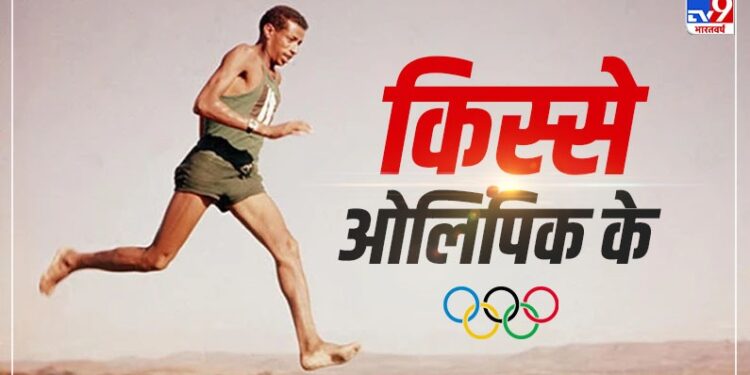 Marathon event is considered very important and difficult in the Olympic Games. Ethiopia’s Abebe Bikila was the first player in the world to defend his Olympic title. The player who never even knew about the Olympic Games became its champion. He won the gold medal in the men’s marathon first in 1960 and then in 1964. Abebe loved sports so much that even when fate forced her to sit in a wheelchair, she lost the way to keep herself engaged.

In 1972, Abebe was invited to the Munich Olympics as a special guest. When he came to the opening ceremony, he was given a standing ovation. In those games, Abebe’s compatriots and then champions were unable to defend their marathon title. At the Olympics that year, Abebe himself shook hands with Frank Shorter of America.

Surprised the world by running barefoot in Rome Olympics

Abebe set a special example in the 1960 Rome Olympics. The country expected from him a medal from the Olympics, so he was given new shoes for these important games. However, he had blisters on his feet with the new shoes. He tried to find new shoes in the market but his foot size was such that he was not easily available. Ultimately he took the decision which made his victory more special. Abebe decided that he would go to the marathon barefoot. However, it was not easy as the route of the marathon was quite difficult. No one expected the unknown face of Ethiopia to win. Although Abebe did it. He won the race by taking 2 hours 15 minutes and 16 seconds. The next day the world got a new champion, which covered the headlines of every newspaper.

Even after the accident did not leave the support of sports

On 22 March 1969, he was the victim of a terrible accident. Several reports claimed that he was intoxicated while his daughter had written in her book that her father was saving himself from a speeding vehicle in front. He was immediately admitted to the hospital after the accident, his investigation survived but his entire body below the neck was paralyzed. After that he could never walk. He was soon admitted to Stoke Mandeville Hospital in England where the Queen of England had come to visit him. Gradually his condition improved. He was not able to turn his head at first but then he started using his hands too. It is very difficult for a player to keep himself away from the game and then Abebe was the Olympic champion. He could not walk again, so he started Archery. In the Olympics, players do archery while sitting on a wheel chair. He then started playing wheel chair table tennis as well.

The country gave respect to its hero

Abebe left the world at the age of 41. He was buried with military honors, a crowd of about 65 thousand people gathered on his departure, in which the country’s King Haile Selassie was also present. He declared a day’s national hobby on Abebe’s death. Since the departure of Abebe, people’s interest in distance running in East Africa increased.

America’s ‘comeback kid’ who dared to applaud, an accident turned the world and got 17 years in jail