Amazing with the ball, unmatched with the bat, this Indian player created a ruckus in the English league, won the team in 25 minutes 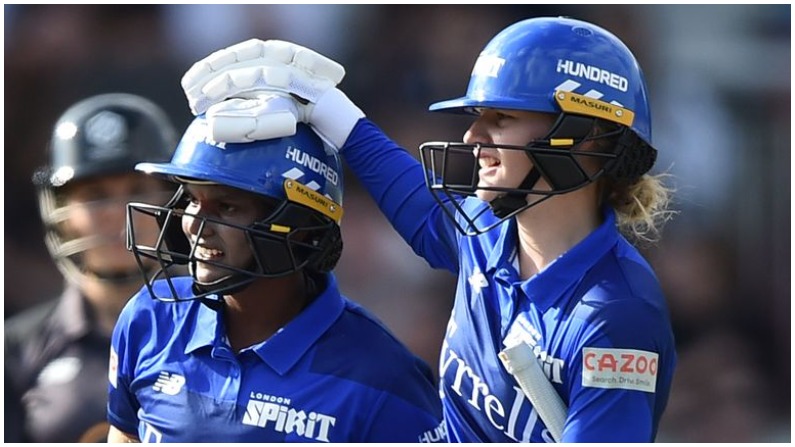 He spoiled the condition of the opposition team with his all-round game. First, the ball hit the opponents’ nose and then stamped the team’s victory with his bat.

The league was English but there was a tinge of an Indian player, who spoiled the situation of the opposition team with his all-round game. He first stunned the opponents with the ball and then stamped the team’s victory with his bat. He did the work of stamping victory with the bat and in just 25 minutes. We are talking about The Hundred, the cricket league being played in England. In this tournament of 100-Ball Tournament, the strength of India’s all-rounder Deepti Sharma was seen. He played for London Spirit with both ball and bat against Manchester Originals and scripted his team’s victory.

In the first match, Manchester Originals batted and scored 127 runs in 100 balls for the loss of 5 wickets. Deepti Sharma’s bowling played a big part in stopping Manchester Originals till this score, who took 2 wickets for 10 runs in 20 balls. Deepti first dismissed opener Lichelle Lee, after which made the first down batsman Preez his victim.

Deepti gave victory to the team in 25 minutes

London Spirit got a challenge to score 128 runs to win, who achieved this target for the loss of 5 wickets. Deepti Sharma also did the best batting from London Spirit. When she came to bat, she returned to the dugout only after giving victory to her team. Left-handed batsman Deepti stayed at the crease for 25 minutes, during which she played 20 balls and scored 34 not out on it. Deepti’s innings included 3 fours. That is, this Indian player scored more runs by running between the wickets. Due to this strong performance of Deepti, London Spirit scored 131 runs in just 98 balls, 2 balls already.

Deepti Sharma was adjudged the player of the match for first taking 2 wickets with the ball and then playing an unbeaten innings of 34 runs with the bat.

Also read: Team India is about to change! Ravi Shastri and other support staff may part ways after T20 World Cup