After years of hard work, the country got the historic medal in the Olympics, lost everything due to the horse 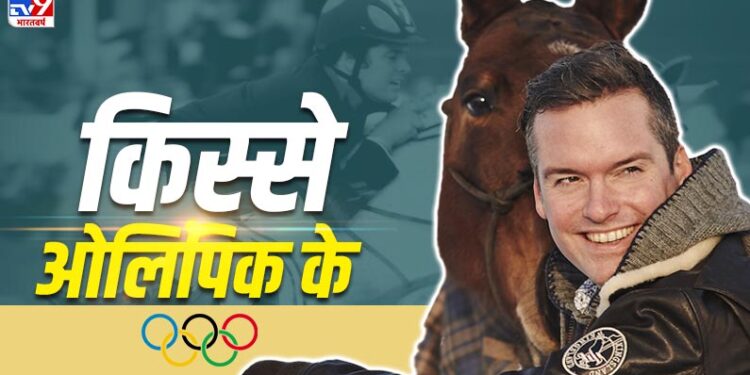 Due to doping, their Olympic medals were taken from many players. Apart from this, Russia has been banned for four due to doping, due to which it is not participating in the Tokyo Olympics.

Equestrian doping is not only investigated for sportsmen but also on horses.

In the history of the Olympic Games, there have been many such players who were caught in doping. According to the rules of the Olympic Games, if the medal winning players are caught in doping, then they are banned as well as their medals are also taken away. His 4×100 meter relay race gold medal at the Beijing Olympics was also taken away from legends like Usain Bolt because his teammates were caught doping. Doing is as much against the spirit of the sport as it is common. Not only athletes are involved in doping, but sometimes animals are also involved, something similar happened in the 2008 Beijing Olympics.

Most of the sports that are included in the Olympics are those in which the player participates either alone (track events) or with any equipment (hockey, javelin throw, discus throw). Although horse riding is a sport in which not one but two creatures are involved. Animals are also caught in doping, due to which their medals are taken back from the players.

Norway’s men’s equestrian team won the bronze medal at the 2008 Beijing Olympics. This victory was very special for this country. For a small country, this medal was no less than a celebratory occasion. However, this happiness ended the very next day. The doping agency had told that the horse Kamiro, a horse of Norway’s team included in the team, has been found positive in the doping test. For this reason, his medal was withdrawn from the entire team. Tony appealed against it. This case went on for two years. People used to call Tony a cheater, questioning him. Many people also told him that it could be a conspiracy of some partner, but Tony used to trust his team completely.

Many people used to say that Tony puts some special coating on the feet of his horses, due to which the horse is able to jump well. Tony listened but did not give up. However, when the verdict came after two years, it was also against him. Tony’s horse was found to be positive for capsaicin. This drug reduces pain. Tony was not aware of this. Tony could never recover from this shock. He was never able to return the way he wanted. And finally he took retirement before the Rio Olympics.

Tony’s family was not prosperous. His father was not able to afford Tony’s horse riding, but still tried his best. Once Tony’s father won 700 euros in the lottery and brought a horse to his son. Tony was always the best in the jumping event. He won the National Championship and Nordink Championship while still in school. At the same time he got a job in Norway’s big horse firm and from there his journey started. Due to practice with many great horses, he reached the Olympic team. However, his dream remained unfulfilled. Tony is no longer a part of the country’s team but he is now preparing the next generation. Tony could not distance himself from this game in any way, so he chose the path of coaching so that somehow he could do something for his country and this game.

The swimmer who won 12 Olympic medals suffered a lie, worldwide ruckus, got banned