After spreading terror with ball and bat for 15 years, this veteran took retirement, wicketkeeping without pad and gloves in the last match 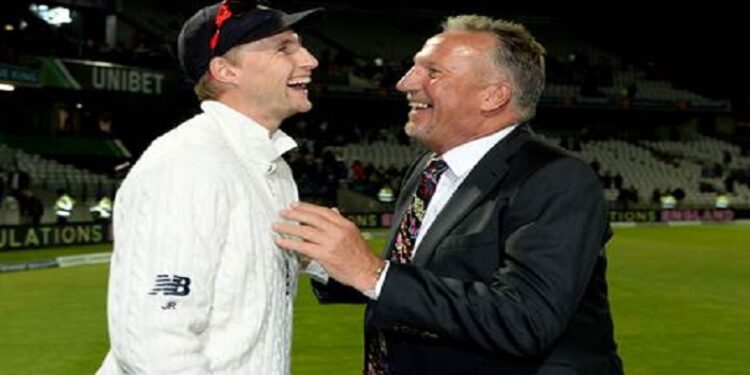 There will hardly be any cricket fan who will be unaware of the name of this legend. You will read about his charismatic performance in this news.

Virat Kohli’s army is in England. There is to be a fight for the kingship in the five-match Test series. The first match of the much-awaited series will start in Nottingham from 4th August. In such a situation, it is bound to be a matter of one of the best all-rounders not only in England but also in cricket history. That too when this is the last match of this player who created a ruckus with the ball and the bat in his career of 15 years. Talking about England Cricket Team’s strong all-rounder Ian Botham. And the matter is happening because Botham played the last day of his career, the last first class match of his career, today i.e. on 19th July. Come, let us tell how Ian Botham’s performance was in this historic match.

Actually, in the year 1993, July 19 was the last day of this match. Botham took the field for Durham against the Australian team. The Australian team then came on a tour of England and was participating in this tour match. Botham had already announced that this match would be the last first-class match of his career. Botham scored 32 runs in this match. He also bowled, but he could not get any wicket. However, Botham made headlines in this match by doing one thing other than the ball and the bat. Actually, Botham also took the responsibility of wicketkeeping in the match. The interesting thing was that while keeping wickets, Botham was neither wearing gloves nor pads.

Test or ODI, ball or bat… Ian Botham fit in every role

Ian Botham played 102 Test matches for England. He proved his mettle in this format with both the ball and the bat. Botham took 383 wickets in Test cricket. Among them, the best performance in the innings was taking eight wickets for 34 runs. He took five or more wickets in an innings 27 times and took ten or more wickets in the match 4 times. He scored 5200 runs in Tests at an average of 33.54. The highest score in these was 208 runs. Botham scored 14 centuries and 22 half-centuries. He also played 116 ODIs in which he scored 2113 runs at an average of 23.21. This includes nine fifties. However, it is amazing that Botham, one of the best all-rounders in the world, could not score a single century in 106 innings of 116 ODIs. He definitely showed amazing in bowling in ODIs and showed the way to the pavilion to 145 batsmen of the opposing team.