After Saina Nehwal, will PV Sindhu also leave Gopichand’s side? Why star players turn away from India’s number one coach 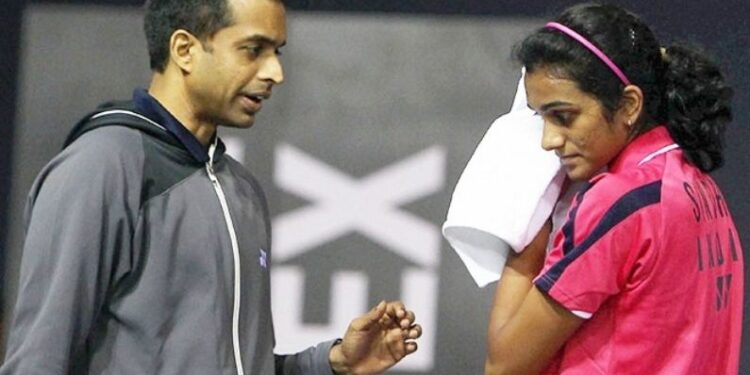 PV Sindhu won the silver medal in the Rio Olympics last year while training with Gopichand. At the same time, she is not training in Gopichand Academy.

India had hopes of bringing a medal from PV Sindhu in the Rio Olympic Games. Sindhu lived up to these expectations and won the silver medal for the country in Rio. After this victory, when she returned to India, it started raining endorsements, money and prizes. Everyone was eager to interview him. Coach Pullela Gopichand is often seen with Sindhu wherever she goes. Whenever there was talk of Sindhu’s success, Gopichand’s name was sure to come up. Even if, while training from the age of eight, Gopichand had made Sindhu an Olympic medalist. But this thing is four years old from today.

Sindhu has easily qualified for the Tokyo Olympics this time too and once again the country is expecting medals from her. However, even before this Tokyo Olympics, there were reports of a rift between him and Gopichand. There is only a short time left in the Olympics and Sindhu is currently training not at the Gopichand Academy but at the Gachibowli Stadium with Kot Park Tae Sang of South Korea. The difference between Sindhu and Gopichand is that even after the Olympics, Sindhu is not in the mood to return to the Gopichand Academy.

Speculations were being made since last year

This speculation was made only when Sindhu went to London for training last year. There were reports in the media at that time that Sindhu had gone there due to estrangement with her family and coach. However, Sindhu had called all these things baseless. Even after leaving Gopichand’s academy, he had clarified that the Gachibowli stadium is of international standard and can train well with the park there. However, a recent interview said that she will remain in Gachibowli for better training even after the Olympics.

Gopichand does not consider himself a dictator

Gopichand does not consider himself a dictator, but he definitely believes that when someone comes to train with him, he has to obey his every wish. Gopichand controls the entire life of his disciples in a way, not only on the court at the time of training. When the player will sleep, what will he eat, how much time he will spend on the phone, all this is according to Gopichand. In Abhijit Kulkarni’s book ‘The Glory Gopichand Factor’, Gopichand said, ‘I control where I can. I pick up the kids at five in the morning and then get them trained from six o’clock. If there is a flight at 7 in the morning, then we train from 4 o’clock. I am not a dictator myself, but I want things to happen according to me.’

Saina had made distance

Saina had also left Gopichand’s side. Along with Gopichand, Saina won gold in Commonwealth Games and bronze medal in Olympics. The pair had won 20 international titles for India. It was under the guidance of Pullela Gopichand that Saina had traveled to world number two. Then Saina had said, ‘Yes I want change now and now I want to train with Vimal Kumar. He helped me a lot during the Uber Cup. I am sure this will help me. I have also told Gopi sir about this and he has no problem with it.’ After that she became the world number but then came back.

Jwala and Prajakta had made serious allegations

The dispute between Jwala Gutta and Gopichand is not hidden from anyone. Jwala has always described Gopichand as a dictator. She has been saying that Gopichand does not like to listen to anyone’s talk or question during training. He wanted everything in his own way. He had said, ‘I have no hesitation in saying that Gopichand wants to drop me from the Indian team. He troubled me a lot mentally. Jwala says that till date he does not understand that when a great player like Gopichand is the head coach of India, then why does he shy away from speaking in the interest of the players.

Earlier, badminton player Prajakta Sawant had accused Gopichand of mentally disturbing her and ruining her career. Sawant had filed an application in the Bombay High Court seeking permission to participate in the ongoing training camp at Gopichand Academy in Hyderabad. He said in the appeal that he was selected for the national camp, but due to changing partners of doubles and mixed doubles, Gopichand refused to take him to the camp. In place of her partner Pradhanya Gadre of mixed doubles, Ashwini wanted to make Ponnappa a partner. Gopichand had said on the allegations that this player is not serious about badminton.

The team of the Olympic Games, which is another name for ‘hope’, represents humanity, not any country.