After losing the Euro Cup final, the anger of this former cricketer erupted over the racial remarks made on the players of England, said a big deal 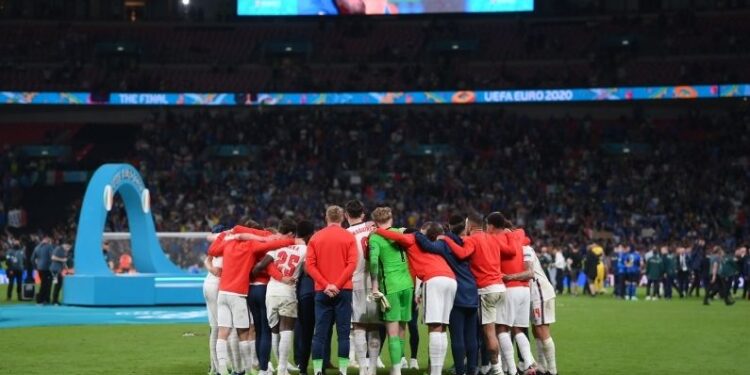 In the Euro Cup, three England players were unable to score in the penalty shoot-out and racist comments have been made about them on social media.

The England football team suffered a penalty shootout defeat at the hands of Italy in the final of the Euro Cup, and after that some players of the losing team had to face racial remarks. The victims of these comments were three black players who missed the penalty. Now, however, such comments are facing a lot of opposition in England and former England cricket team captain Kevin Pietersen has also criticized it. Pietersen on Monday denounced the racial abuse of three black football team players on social media after their Euro final loss and questioned whether his country should be given the right to host the 2030 FIFA World Cup.

Pietersen was caught in the chaos after England lost to Italy in a penalty shootout in the final at Wembley Stadium. Prior to Pietersen, British Prime Minister Boris Johnson and the Football Association (FA), the governing body of the game in England, had condemned racial remarks towards three black England players who missed a goal against Italy in a penalty shoot-out.

In Sunday night’s final, Marcus Rashford’s penalties hit the goal post while Bukayo Saka and Jaden Sancho’s penalties were blocked by the Italian goalkeeper. Italy won 3-2 in a penalty shoot-out after being tied 1-1 in regular and extra time. Peterson tweeted, “Last night I was driving home with Dylan in my car, the situation was absolutely horrifying. Such behavior in 2021?? Use of abusive language for the players who give us so much happiness. Do we really deserve (hosting) the 2030 World Cup?

Pietersen wrote in another tweet, “The media in the UK is probably the most powerful in the world. It should be their responsibility to force social media companies to verify everyone who has an account on it (who is present on social media). There should be no robots or any fake accounts. There should be accountability for all. It is destroying the society.

Earlier, Prime Minister Johnson tweeted, “These players deserve praise like heroes, not racial abuse on social media. Those responsible for such blatant misbehavior should be ashamed of themselves.” The United Kingdom is among the countries to stake claim to host the World Cup in 2030.

This player was stunned by the continuous defeat of Pakistan, told the team the truth, the bridge of praise of England