After four years, the Australian team will go on a tour of this country, will play its first bilateral T20 series 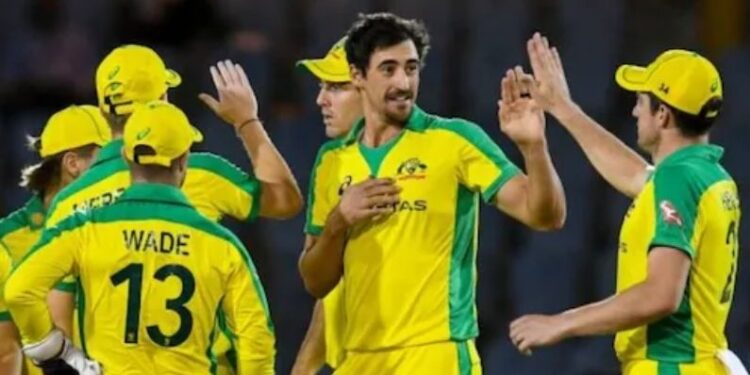 For a long time there were talks of Australia going on a tour of this country, but the situation was not clear, due to which there were cases of COVID-19.

The Australian cricket team will tour Bangladesh next month. Bangladesh Cricket Board has confirmed this. This tour is considered very important in view of the team’s preparations for the World Cup. There were reports of this tour earlier also, but nothing is clear. The reason for this was the situation of COVID in Bangladesh. There is an increase in the cases of epidemic. Both the boards have approved this visit after a consensus was reached while discussing the bio-security bubble. The matches of the series will be played at the Sher-e-Bangla National Stadium in Dhaka.

The Australian team is currently in the West Indies where they had to face a 1-4 defeat in the recent five-match T20 series. According to the report of crickcet.com.au, the Australian team will fly to Dhaka from Barbados itself. There will be no change in Australia’s 20-man squad. This means that David Warner, Glenn Maxwell, Pat Cummins, Steve Smith, Marcus Stoinis and Jhye Richardson will not be in the team.

Bangladesh Cricket Board CEO Nizamuddin Chowdhury said, “BCB and Cricket Australia have worked hard for this tour. It was quite challenging due to COVID-19 as safety is a priority for us. I am happy to share that we have prepared a Bio Security Plan and will implement it during the visit. We are looking forward to the series against Australia.”

This is Australia’s first tour of Bangladesh since 2017 and fourth overall, while this series is the first bilateral T20I series between the two countries. All matches will be played between August 3 and 9. The timing of when the matches will start has not been decided yet. The T20 World Cup is to be organized from October to November and in such a situation, this series will prove to be an important series in terms of preparation for these two teams. There have been four T20 matches between the two teams so far and all these matches have happened in the T20 World Cup, in which Australia has won all. Australia played its last T20 match against Bangladesh in the 2014 T20 World Cup.

Venkatesh Prasad’s big disclosure about Deepak Chahar, Greg Chappell will get angry after hearing this