After a strong comeback against Sri Lanka, Kuldeep Yadav took on the critics, said this big thing 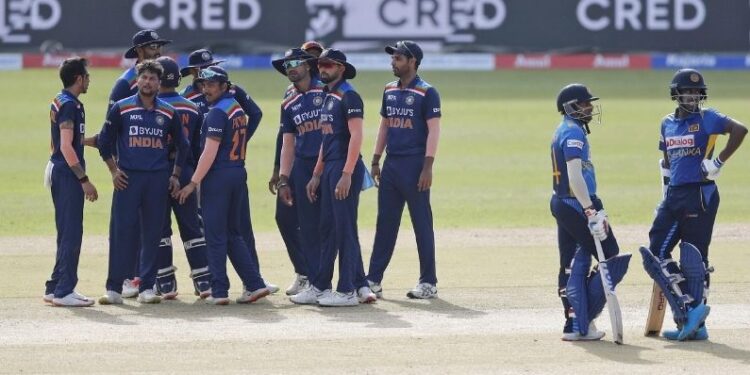 Kuldeep Yadav was once a vital part of India’s limited overs team but some poor performances put his place in the team at risk.

India defeated Sri Lanka in the first ODI match played in Colombo. In this match, Kuldeep Yadav introduced his old form and with this he also gave a befitting reply to the critics. The basis of his criticism was his poor performance. Before Sri Lanka, Kuldeep played his last ODI against England on 26 March this year and in this match he conceded 84 runs in 10 overs without taking a wicket. For this reason, his place in the team was also not confirmed. There was a time when Kuldeep’s place was confirmed in the team but the situation changed after the 2019 World Cup. Even after this, Kuldeep did not give up, but he admitted that when a player is ignored for a long time, he starts doubting himself.

Taking a jibe at his critics, Kuldeep said that he has also taken four-five wickets many times and it would be better if he is also discussed. Batting first, Sri Lanka scored 262 runs for the loss of nine wickets in the first ODI played on Sunday. India achieved this target in 36.4 overs for the loss of three wickets. Captain Shikhar Dhawan scored an unbeaten 86 for India and Ishan Kishan scored 59 runs.

never felt career was over

“At no point did I feel after that match against England that my limited overs career was over,” Kuldeep told reporters after the match. Sometimes it happens when you score runs. I have also taken four and five wickets in matches and it would be better if people talk about them as well. One or two bad matches doesn’t end one’s career. I think anyone who has played this game or has knowledge of this game will also be aware of this.

Kuldeep, who has taken 107 wickets in 64 ODIs so far, said, “The wicket of Pune (series against England) was very good to bat and it was not helping the spinners much. It can happen when the wicket is not in your favour. ”

it had a bad effect

In the time of COVID-19, players have to live in a bio bubble. Meanwhile, Kuldeep kept going in and out of the team but he did not get much opportunities to play which also had a bad effect. He said, “Life is very difficult in a bio bubble and it becomes more difficult when you are not playing because you start doubting yourself. Many people want to help you, want to talk to you, but when you talk to many people, new types of doubts arise.

Kuldeep, however, admitted that it is necessary to maintain restraint in the team game. He was under pressure before the first ODI but coach Rahul Dravid helped him overcome it. Kuldeep said, “When you play after a long time, there is pressure and I was playing after a long time. It happens because you want to perform well. Initially Rahul sir encouraged me. He told me to enjoy my game and I am glad it worked out. ”