Aaron Finch out of the first ODI against West Indies, Australia handed over the captaincy to this former footballer 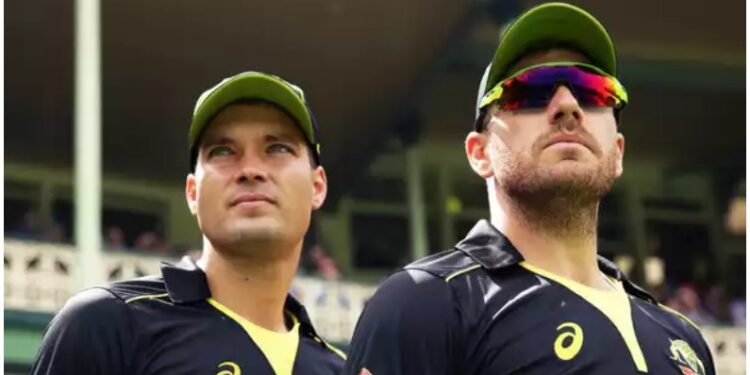 Australia has already lost the T20 series of 1-4 to 5 matches and now it has a big challenge to win the ODI series.

Finch will not play the first ODI for Australia, Carey to command

After the thrill of the T20 series stops, there is going to be a one-day clash between West Indies and Australia. The first ODI between the two teams will be held on July 21 according to Indian time. However, before the start of the ODI series, Australia has changed its captain. No, this has happened not because of any strategy but because of injury. Actually, Australia’s regular captain Aaron Finch has been injured. He has a knee injury. He came to know about his injury while batting in the 5th T20 against West Indies, after which he was constantly under the supervision of the team’s medical staff. But after assessing the seriousness of the matter, Finch had to be out of the first ODI. In his place, Australia has chosen 29-year-old wicket-keeper batsman Alex Carey as its captain.

Alex Carey will be the 26th ODI captain of Australia. He has been given the command of the team for the first ODI. The amazing thing is that Carey used to play football before playing cricket for Australia. He has played in tournaments like the Australian Football League and the South Australian National Football League. However, the latest story of Carey is that he is a wicket-keeper batsman and is now the captain of his team.

Cricket Australia informed about the change in captaincy

Cricket Australia issued a press release and informed about Finch’s injury and consequently being out of the first match of the series. Along with this, he also gave an update on making Carey the captain.

A big congrats to Alex Carey who will become the 26th man to captain Australia in ODI cricket tomorrow!

Aaron Finch has been ruled out of the #WIvAUS series opener with a knee injury. pic.twitter.com/7q2AVGeazk

This will be the first experience of captaincy in international cricket for Alex Carey. Earlier, he has captained teams like Adelaide Strikers, Australia A and Australian Redbacks. Carey has issued happiness on himself being made the captain of Australia. He said that I am very happy that I have to take charge of the team till Finch is not fit. I am thankful to everyone for this.” Carey said that Finch is our captain and will remain so. I hope that I will live up to this role. Beating West Indies at home is a big challenge. But I am ready for it.

Australia has already lost the T20 series of 1-4 to 5 matches and now it has a big challenge to win the ODI series. In such a situation, it will be interesting to see his debut under the leadership of the new captain.

Also read: Relatives of Pakistani Prime Minister Imran Khan made his debut for Team India, neither runs from the bat, nor got any wickets