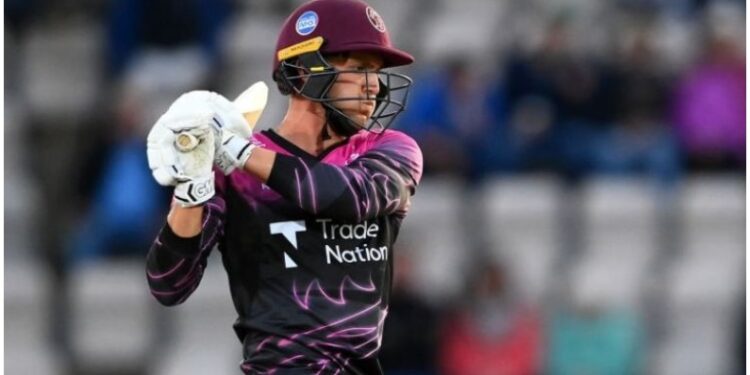 Due to the stormy innings of a 21-year-old young player, a team scored so many runs, which was not easy for the front team to overcome and he surrendered.

The team surrendered in front of the 21-year-old all-rounder, scored 90 runs

In cricket, there are victories and defeats. But, it is surprising when a team loses a match in a short span of time. One such match was played in the ongoing T20 Blast in England, where a team easily knelt in front of a 37-minute explosive innings of a 21-year-old young batsman. This match was between Somerset and Gloucestershire. In this T20 match, Somerset scored so many runs due to the stormy innings of his 21-year-old young all-rounder Tom Lamonby, which was not easy for Gloucestershire to overcome and he surrendered.

Somerset had batted first in the match. His beginning was not as he had imagined. His 3 wickets had fallen before 50 runs on the score board. He also got 5 blows within 100 runs. It seemed that Gloucestershire would take hold of the match. But, amidst these intentions being made for him, 21-year-old young all-rounder Tom Lamonby came and stood. It was just then that the runs started raining. Somerset’s score board started gaining momentum and the corner of the field started telling the story of fours and sixes.

Tom Lamonby batted just 37 minutes in the match. But in that time, he has put so many runs on the score board of Somerset, which were like mountains for Gloucestershire. Tom faced 36 balls in 37 minutes and scored 90 runs at a strike rate of 250, which included 11 fours and 4 sixes. That is, if we see, his strike rate was 453 in 15 out of 36 balls, on which he scored 68 runs. On the basis of his 21-year-old superstar’s innings, Somerset scored 183 runs for 7 wickets in 20 overs.

Now Gloucestershire had a target to score 184 runs. In front of this goal, his start, which was slow from the beginning according to the need, remained till the last. The result was that Gloucestershire’s team could score only 160 runs for 6 wickets in 20 overs. And thus Somerset won the match by 23 runs, whose hero was 21-year-old young player Tom Lamonby.

Also read: A storm of fours and sixes, 88 runs in just 18 balls, an explosive century, this Australian shadow in the English league