A storm of fours and sixes, 88 runs in just 18 balls, an explosive century, this Australian shadow in the English league 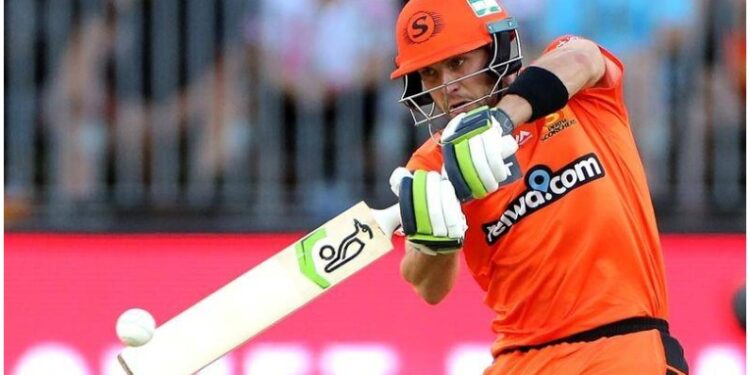 Standing behind the wicket for 20 overs and then making a script for an explosive century while chasing it is no small matter. But, that batsman on the right hand did it well and also gave victory to his team.

The history of cricket is full of stormy and wonderful innings. Scoring a century is a left-handed game like in today’s era. But scoring a century in T20 cricket is still out of reach of many batsmen. In the T20 Blast being played in the English League ie England, this amazing has been shown freshly by a 26-year-old wicket-keeper batsman from Australia, Josh Inglis. Standing behind the wicket for 20 overs and then making a script for an explosive century while chasing it is no small matter. But, Jose Inglis did it well to the right hand and also gave victory to his team.

The Leicestershire team, which started chasing the target given by Worcestershire, had a bad start but the result was a bang. Jose Inglis who stood behind the wicket had a stumped. Now he had to show something in front of the wicket. He did that by hitting a stormy century in the match. Inglis, who came out to open, batted for 72 minutes and scored 118 runs in 61 balls at a strike rate of 193.44. His innings included 10 fours and 8 sixes. That is, 88 runs of his explosive century innings, he scored only by creating a storm of fours and sixes. This is the second century of Jose Inglis in T20 Blast.

Leicestershire won this match by 7 wickets on the basis of England’s century. He made 173 runs in 17.5 overs for the loss of 3 wickets. And, thus Worcestershire had to taste defeat 13 balls in advance.

Also read: Explosive century in 21 minutes and 27 balls, the rain of fours and sixes caused havoc, the bowler gave away 130 runs in just 6 overs