9 wickets fell on 40 runs, then the last 2 batsmen froze, scored runs, saved shame but after that… 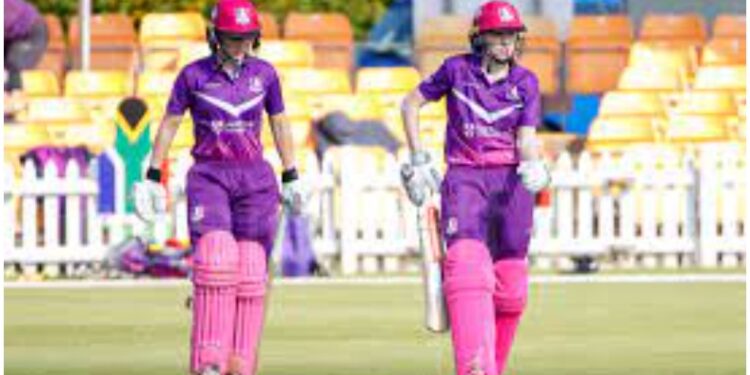 This match also remained the lowest total but it was not one-sided. There was a lot of excitement in it. Thrill of the last couple freezing. To take his iron from the opposing bowlers.

There were many such matches in cricket, in which the lowest total was seen. Some such matches were exciting and some were one-sided. The match we are going to mention here was also the lowest total but it was not one-sided. There was excitement in it. Thrill of the last couple freezing. To take his iron from the opposing bowlers. Apart from this, the thrill of the fight which was seen in the match was shown above all. This exciting match with a low score was played in a tournament Edwards Cup in England.

The match was Lightning vs Central Sparks. Lightning batted first and scored 81 runs in 19.1 overs. By the way, not many runs are scored if his last 2 batsmen do not settle on the wicket. Actually, something like this happened in this match. By the time the 14th over came, the entire team was almost clear. In front of the bowling of Central Sparks, 9 wickets of Lightning had fallen for just 40 runs. Meaning even crossing the threshold of 50 runs seemed difficult. In such a situation, Sophie Monroe and Sachi Pai took charge for Lightning. Together they added 41 runs for the last wicket and took their team’s score to 81 runs. Sophie remained unbeaten on 20 while Sachi scored 18 runs. Both of them were also the top scorers of their team. On behalf of Central Sparks, his two bowlers together took 7 wickets. In this, Davis took 4 wickets while Jones took 3 wickets.

The goal is not easy but the competition

Central Sparks now had a target to score 82 runs in 20 overs, which was as easy as it looked, it was as difficult for them to make. Central Sparks broke this target and made this match their name, but in order to do so, their batsmen also had to chew their nose and gram. Central Sparks got the victory even after being a small target but after 19 overs. Not only this, 4 of his batsmen got out even after chasing the small score. He won this match 6 balls before 6 wickets.

Also read: When the ‘don’ of cricket came on the film screen, he spoke like a bat, but due to his ‘action’, the film was rejected