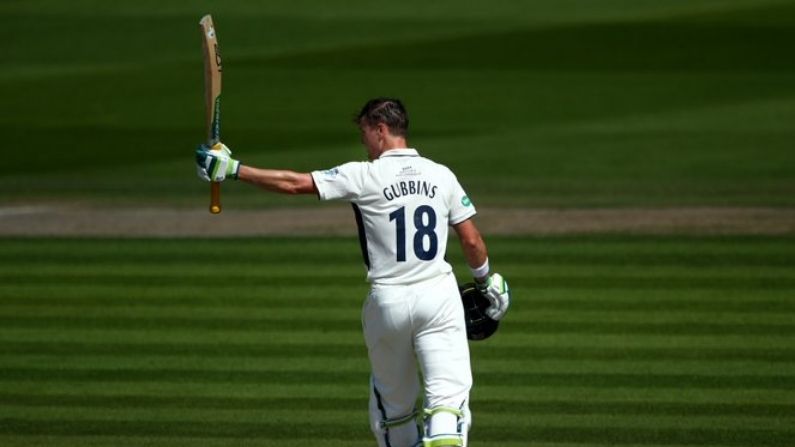 Nick Gubbins scored a century in the first innings for Hampshire.

In England’s County Championship, Hampshire defeated Gloucestershire by seven wickets on 14 July. On the last day of the match, Hampshire achieved the target of 56 runs for the win, losing three wickets. The Hampshire team, captained by Kyle Abbott, scored 486 for seven in the first innings. At the same time, Gloucestershire’s team could only score 229 and 310 runs during their batting. In this victory, the bowlers and batsmen of Hampshire made a united contribution. But a big contribution was also made by the team of Gloucestershire, who gave 81 runs as extra during the batting in Hampshire’s first innings. Under this, 48 ​​byes, 11 leg byes, 20 no balls and two wide balls were bowled. 48 runs in the bye meant Gloucestershire keeper James Bracey did not have a good day. Bracey recently played for England in the two-Test series against New Zealand.

Talking about the match, Gloucestershire’s team was reduced to 229 runs in the first turn. Glenn Phillips scored the highest 47 runs for him. The rest of the batsmen got a good start but they could not play big innings. Hampshire’s Colin de Grandhomme was the most successful bowler, taking four wickets for 31 runs. Kyle Abbott, Brad Wheel and Mason Crane got two wickets each. In response, Hampshire declared the innings at 486 for seven thanks to Nick Gubbins’ unbeaten 137, Joe Witherley’s 78 and Ian Holland’s 74. In these runs, 81 runs were also from extras. Ryan Higgins took the highest three wickets for Gloucestershire. Hampshire had a 257-run lead on the basis of the first innings.

It’s all over here at Cheltenham with Nick Gubbins striking the winnings runs to secure a fantastic 7-wicket @CountyChamp victory and seal a place in Division One! 😁🏆 pic.twitter.com/Fn7MnlBWyr

Hampshire at number two in the points table

Gloucestershire fought a bit in the second innings. Tom Lace scored a century of 118 runs but the rest of the batsmen were spread. The second highest score after Les was 30 which came from extras. In this way Gloucestershire could only score 310 runs. All Hampshire bowlers got wickets but Mason Crane was at the forefront with three wickets. Hampshire got a target of 54 runs to win. In achieving this, the team got a little flustered and they lost three wickets for 37 runs but Nick Gubbins (13) and Colin de Grandhomme (12) made the team cross the target while remaining unbeaten. With this win, Hampshire are second in the points table of Group II with 145 points after 10 matches.

read this also: Ashwin wreaks havoc against the British, dividing the opponents by taking 6 wickets in 15 overs