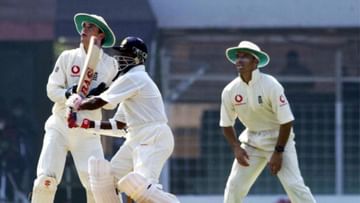 This childhood friend of Sachin Tendulkar was considered more talented than him, but this batsman could not take his career long.

Vinod Kambli had a record partnership in school cricket with Sachin Tendulkar.

Vinod Kambli. The name that grabbed headlines along with Sachin Tendulkar. He also started his international career brilliantly but could not prolong his career like Sachin. Today i.e. January 18 is Kambli’s birthday. This player fond of gold was born in 1972 in Mumbai. Batting is such that many people believed that this batsman has more talent than Sachin, although the career did not reach around Sachin. Kambli and Sachin shared a record partnership of 664 runs in school cricket. Both were childhood friends and played together in Team India for a long time.

There was a gap of two years between Sachin’s debut and Kambli’s debut. Sachin made his international debut against Pakistan in November 1989 in a Test match and Kambli made his international debut against Pakistan in 1991 with an ODI match. The beginning of Kambli’s Test career was brilliant. He played his first Test match against England in February 1993 at the Eden Gardens Stadium in Kolkata.

showed strength in the beginning

Kambli scored four centuries in the first seven matches of his Test career. Of these, two were double centuries and two were centuries. But after this, centuries did not come out of the bat of this left-handed batsman. He remained only after scoring these four centuries. In a career of 17 Test matches, he scored 1084 runs at an average of 54.20, which included three half-centuries. In ODI career, Kambli played 104 ODIs for India and scored 2477 runs at an average of 32.59, including two centuries and 14 half-centuries. But this talented batsman remained in discussion due to his indiscipline rather than his batting. This is the reason why he was constantly in and out of the team. Kambli played his last international match against Sri Lanka in Sharjah.

He was a part of the team in the 1996 World Cup and Kambli wept bitterly on the beach ground when Team India was knocked out in the semi-finals in this World Cup. This story of his is very famous even today.

There were times for spinners

The biggest strength of this left-handed batsman was his technique. Due to his excellent footwork, this batsman used to dominate the spinners. An example of this can be seen in the match played in Sharjah on 19 April 1994. Australia was in front of Team India in this match. The great leg-spinner Shane Warne was in the Australian team. In this match, Warne’s spin did not work on Kambli and this batsman scored 22 runs in one over of Warne. Warne was also surprised to see this. He went ahead on the first ball and hit a six over Warne’s head. On the second ball, he hit a four over the covers. After that, on the next ball, he went ahead and hit a six. Then he hit another six. This match was won by India and Kambli remained unbeaten after scoring 28 runs in 17 balls with the help of three sixes and two fours.