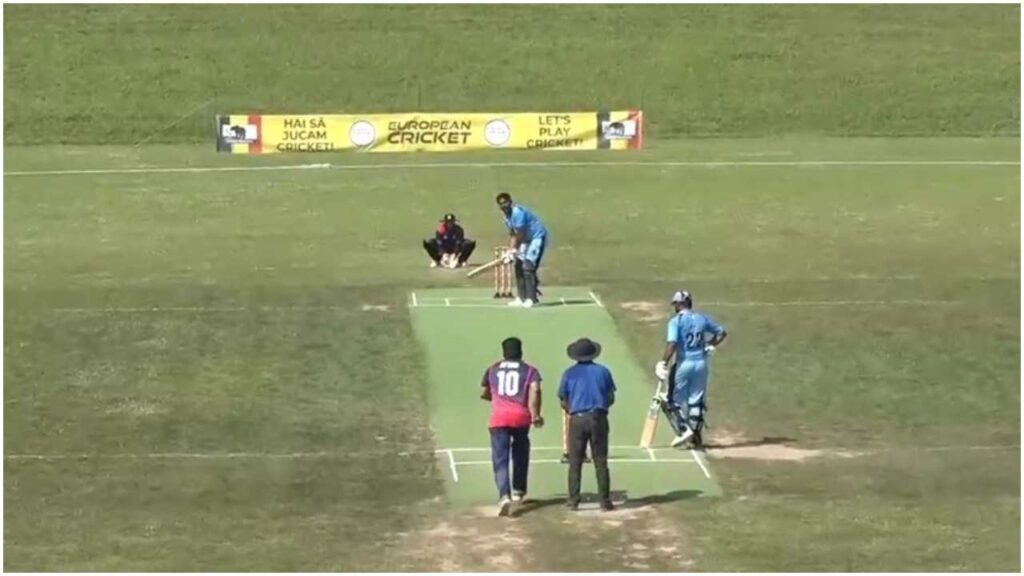 This match was full of runs. That is, the full emphasis of the batsmen was shown in this. But the hero of the match turned out to be a bowler in the end. Why and that’s because he had punched in this match.

T20 is a batsman’s game. But, now this definition is changing. In the coming days, the awesomeness of the bowlers also speaks loudly in this format of cricket. Now take the match played between Romania and Hungary in the Continental Cup. This match was full of runs. That is, the full emphasis of the batsmen was shown in this. But the hero of the match turned out to be a bowler in the end. Why and that’s because he had punched in this match. Took 5 wickets in the bowling of 4 overs. Played a strong role in the chic era of his team by 8 wickets.

The age of this bowler named Asif Bevinje, who plays for Romania’s team, is just 23 years old. Call it his cricket career or T20 International career, it is only 5 matches. In such a situation, this was the first time that he did wonders of taking 5 wickets in a match.

Romania scored 195 runs with the help of the captain

In the match, Romania’s team batted first and scored 195 runs in 20 overs for the loss of 6 wickets. On behalf of Romania, his captain made an amazing explosive batting. He added 76 runs in just 41 balls, with 10 fours and 3 sixes. Apart from the strike rate of 185.36 played by the captain, Shivakumar scored 54 runs in 44 balls in the middle order. These two half-centuries gave the score board of Romania’s team a chance to reach 200 runs.

Hungary now had a big target of 196 runs. He had a bad start in front of this goal. 3 wickets fell for just 29 runs. These three blows to Hungary were given by Bevinje. However, even after this, Hungary did not give up the struggle to win and crossed the 100-run mark for 3 wickets in the 12th over. It seemed that the Hungarian team would hit the ground in the match. But in this attempt, she has gone 8 runs away. Hungary team was all out after scoring 187 runs in 19.5 overs.

Asif Bevinje of Romania was the most successful bowler of the match, taking 5 wickets for 30 runs in 4 overs. All these wickets were from Hungary’s top order. Romania’s bowler Asif was awarded the Hero of the Match ie Player of the Match award for his feat.

Also read: US Open: 18-year-old player showed Naomi Osaka the way out, said – I knew before the match that I would win

What the drills demonstrated, navy analysts stated, is the progress China has made coordinating completely…