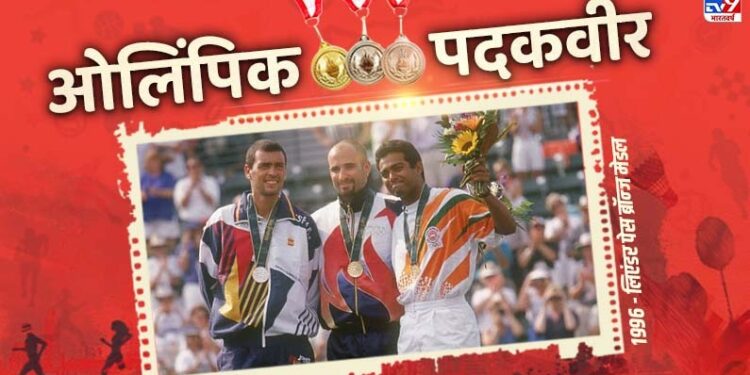 After 1980, India had to wait for four Olympic Games for its next Olympic medal. Leander Paes ended this wait in 1996.

Leander Paes won the bronze medal in the 1996 Atlanta Olympics. Even today, he is the only tennis player from India, who won a medal in the Olympic Games. This was India’s first Olympic medal in tennis and the first individual medal after 44 years.

Paes reached Atlanta only at the age of 23

Leander Paes was only 23 years old when he reached Atlanta. At that time his world ranking was 126. He did not win a singles match of Grand Slam. Although he had definitely shown his brilliant game to the world in the Davis Cup. Paes got a wild card entry in the Atlanta Olympics. Paes had defeated Richie Reinberg, Nicolas Pireria, Thomas and Digo Furlan in the opening round.

In the first round, world number 20 Richie Reinberg was ruled out of the match due to injury. In the second round, he defeated Nicolas Pereira of Venezuela 6-3, 6-2. In the third round, the Indian player defeated Thomas Envist 7-5, 7-6 in a fork match and after winning this match, he entered the quarter-finals. In the quarterfinals, Paes defeated Renzo Furlan of Italy 6-1, 7-5 to enter the semi-finals.

After this, Andre Agassi was in front of Leander Paes in the semi-final match. The legend who won the gold medal that year. Paes could not break Agassi’s wall. They lost in this match 6-7, 3-6. However, his bronze hopes were not broken. For this, he had to face Fernando Meligeni for Brazil.

Paes said about that match, ‘When I lost to Andre Agassi in the semi-finals, I was upset for 24 hours, but things changed during the bronze medal match. Before that match against Fernando Meligeni, I felt that I should calm down and focus on this match. Paes lost the first set 3-6. After this, he won the second set 6-3 and the match reached the deciding set. In the deciding set, one game went to Paes, the other to Fernando. The match had become very high voltage, but even in the midst of this pressure, Paes created history by winning the third set 6-4.

1980 Moscow Olympics: After 16 years, India showed its strength to the world, won the eighth and last gold