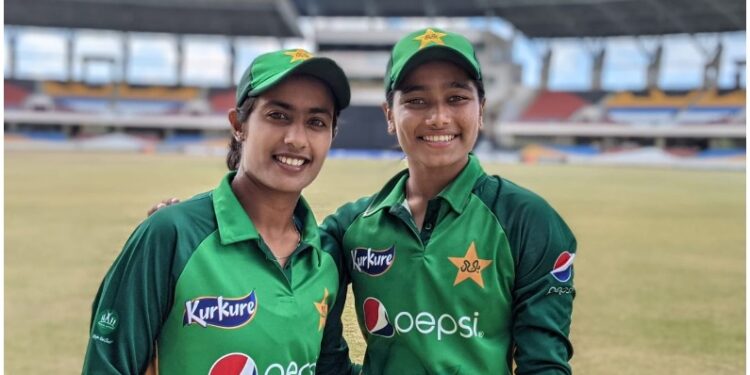 The amazing result of the 19-year-old fellow player was that it became easy for Pakistan to win the match and the series of 5 ODIs is now standing at 3-1.

The Pakistan women’s cricket team is on a tour of the West Indies. He has lost the series of 5 ODIs on this tour. The Pakistani team lost the first 3 matches of the series continuously. But, now by winning the fourth ODI, he has averted the threat of a clean sweep looming over him. In the fourth ODI, Pakistan defeated the hosts West Indies by 4 wickets. In this victory of Pakistan, its 19-year-old player had a big hand, who forced the Caribbean team to kneel. And, due to which hitting the ground for the Pakistani team was not a tedious task.

In the match, West Indies batted first and their entire team was all out after scoring 210 runs in 49.4 overs. The 19-year-old Fatima Sana’s great sensation was instrumental in all-out the Caribbean team. For West Indies, Knight scored 88 runs and captain Stephanie Taylor scored 49 runs. But except these two, no other batsman could bother to stand in front of Pakistan’s Sana.

19-year-old Fatima Sana gave 4 blows to the Caribbean team one after the other in the match. Sana bowled just 8 overs and took 4 wickets for 30 runs. In these 2 wickets were from both the openers to the West Indies. The Caribbean team’s openers have had a big hand in defeating Pakistan in the ODI series. But, in this match, Sana already put the brakes on his bat. Sana took the remaining 2 wickets for the 2 middle order batsmen Henry and Williams.

The result of his 19-year-old fellow player’s performance with the ball was that Pakistan got the target of just 211 runs. If the West Indies team had won this match too, it would have gone one step further towards a clean sweep. But Pakistani batsmen did not allow this to happen. He achieved this target by losing only 6 wickets in 9 balls already. 24-year-old batsman Omaya Sohail scored the highest 61 runs for Pakistan. 19-year-old Fatima Sana, who took 4 wickets in the match, was adjudged the player of the match. With the victory of the fourth ODI, Pakistan has now averted the threat of a clean sweep hovering over them.

Also read: Virat Kohli has not been able to score a century for two years, but this legend has played 189 ODIs without scoring a century