18-year-old bowler played on debut, single-handedly did all the work of batsmen from top to middle order 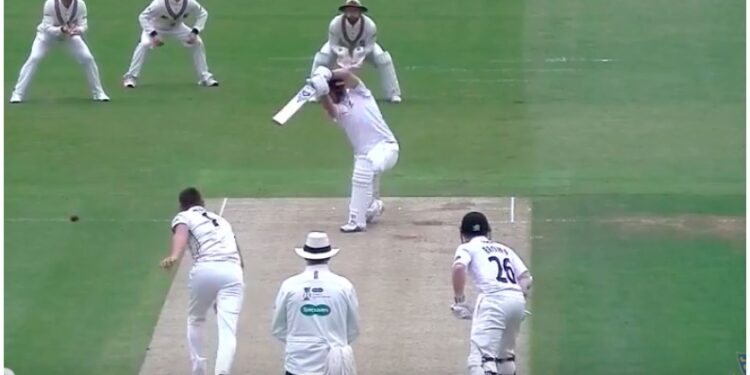 In the cricket match being played in England, he caught both the openers of a team on the way to the pavilion. At the same time, giving a double blow in the middle order also made the batsmen walk.

Cricket is a team game. But sometimes in this game even one player overpowers the whole team. He alone wreaks such havoc with the ball or the bat that the entire team goes bankrupt. A similar feat of a bowler with the ball has been seen in the County Championship being played in England. We are talking about the match being played between Kent vs Sussex. In this match, an 18-year-old bowler from Kent became a big threat to the top order and middle order batsmen of Sussex. This bowler named Jaskaran Singh single-handedly destroyed the upper and middle order of Sussex. The special thing is that this bowler has done this while playing his debut match in county cricket.

Sussex batted first in the 4-day match. But his first innings was reduced to just 181 runs. Its debutant bowler Jaskaran Singh played a big role in bringing Sussex to such a low score. In front of this 18-year-old bowler, it was becoming difficult for the Sussex batsmen to get their feet on the wicket. Any Sussex batsman could not even reach his half-century. The biggest score for the team was 36 runs off the bat of James Coles.

From top to middle order… 4 wickets

18-year-old Jaskaran, making a splash on debut, dismissed 4 batsmen for 51 runs in 11 overs. In these 4 wickets, all the wickets were included in the batsmen from top to middle order. He gave both the openers of Sussex the pavilion path. Also took the wickets of Travis Head and Oliver Carter in the middle order.

Water should not go again on Jaskaran’s hard work

Due to Corona, Kent, who came on the field with his other team, needed the start, Jaskaran Singh gave it with the ball. But, the way it should have been redeemed, Kent’s batsmen could not redeem it. By the end of the first day’s play, the Sussex bowlers also uprooted the wickets of 5 batsmen from Kent for just 69 runs. Seeing the batting of Kent’s team, Jaskaran’s hard work seems to be getting washed away.

Also read: India’s ‘fastest bowler’ made his debut against England, took 7 wickets to win the match