Will BJP change or is expansion necessary? Modi didn’t just talk about Muslims 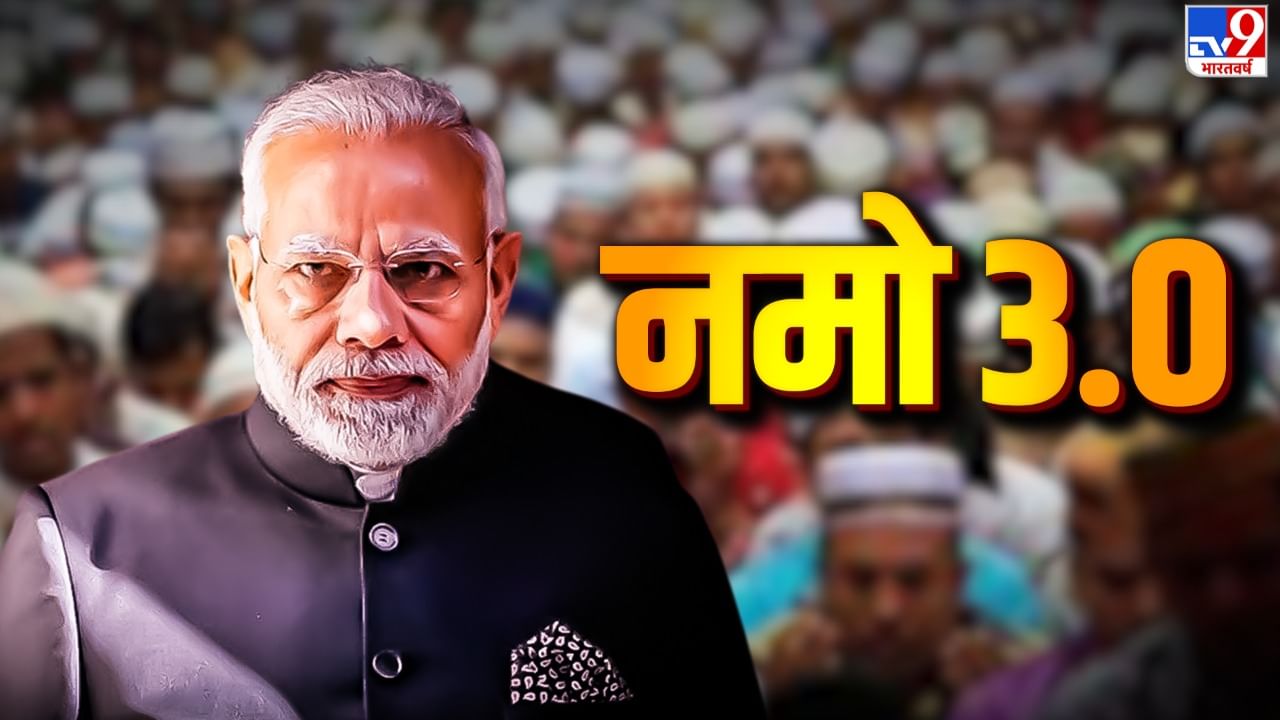 Before the 2024 elections, BJP has once again played a big bet. The address given by Prime Minister Narendra Modi regarding Muslims in the BJP’s national executive meeting is also being considered as BJP’s new master stroke on Muslims. Understand the meaning of PM Modi’s statement in five points.

What is the importance of the years 2023 and 2024 in terms of elections, this thing is not hidden from anyone. Assembly elections in nine states in 2023 and Lok Sabha elections in 2024. It is clear that the picture of 2023 will be the semi-final of 2024. And this is the reason why the country’s largest party, BJP, in the Delhi meeting of the National Executive, has made it clear that its election strategy is not only political, but also social.

Prime Minister Narendra Modi has given a strong message to BJP leaders and workers that they should not make false statements about the Muslim community. Go among the Muslims in the country and meet them. Prime Minister Modi called upon the BJP workers to convey their message especially to the educated Muslim professionals. He has instructed the party workers to go and meet the Muslims of Pasmanda and Vohra communities by name and listen to them. The PM even said that do not make statements against unnecessary films.

Let us try to understand how important this address of Prime Minister Narendra Modi is in both social and political terms.

In the elections to be held in nine states, the BJP wants to increase its vote bank even in those states where the party is not in power. The party was earlier branded as a party of Baniyas. After that the party became the party of the upper castes. But after the last 2 Lok Sabha elections and many assembly elections, the party’s base among OBC voters has increased more than any other party. Now only minority community is left for BJP to make inroads. If the BJP has to dominate from the North East to Jammu and Kashmir, then it simply means that it will have to make inroads in the minority communities as well.

In the meeting of the National Executive, Prime Minister Modi also advised the party leaders and workers to go to the border areas of the country to see the situation and work. His reference was clearly towards the states of the North-East. In 2023, along with Nagaland, Meghalaya, Mizoram, Tripura also has assembly elections.

In the last few years, there has been a lot of rhetoric against India at the international level. Since the 2002 Gujarat riots, India has been targeted for the safety of minorities. After that, in the year 2009, the American Commission raised questions regarding the attack on Christians in Kandhamal, Odisha. Recently, US Secretary of State Antony Blinken also gave a statement regarding the security of minorities in India. Antony Blinken had cited the report of USCIRF, in which in the year 2021, there was talk of a decline in religious conditions in India. There was a strong reaction in India on this report. But this sparked a new debate on the current image of India at the international level.

It is obvious that if BJP leaders and workers take into account the latest statement of Prime Minister Narendra Modi, then the report of USCIRF will improve and this will make a big difference in the elections.

Although India has repeatedly said that in the matter of minorities, Pakistan should first look into its own backyard. Because the condition of minorities in Pakistan is well known. Despite this, Pakistan often keeps throwing dice at Indian Muslims. Pakistan has been inciting Muslims against India in Jammu and Kashmir for years. But Prime Minister Narendra Modi has also called for changing the picture of Jammu and Kashmir. When the Prime Minister advised the BJP workers to work in the border areas, it has a direct relation with Jammu and Kashmir. Kashmir is a Muslim majority area. The Modi government is constantly giving priority to reform and development there. Although it is not clear whether there will be elections in Jammu and Kashmir this year or not, but BJP’s mission in Kashmir is well known.

The most popular slogan of Prime Minister Modi is Sabka Sadh, Sabka Vikas. From the year 2014 itself, Prime Minister Modi had talked about taking Dalit backward classes along with him. PM Modi also succeeded in his mission. Like the increasing vote share of Muslims, the OBC vote share of BJP also increased, due to which BJP got a bumper victory in 2014 and again in 2019 Lok Sabha elections. But when Prime Minister Modi talks about development of all, together with the Dalits of the Hindus, he talks about the backward as well as the minority community in all respects. The number of Muslims is the highest among the country’s minorities, so the Prime Minister openly uses the word Muslim and especially mentions the Pasmanda and Vohra communities among Muslims.

After giving freedom to Muslim women from triple talaq, BJP has thrown political dice on Pasmanda Muslims. Pasmanda means backward. According to one figure, 85 percent of the total population of Muslims in the country is of Pasmanda Muslims. This community is fighting its own separate social battle among the Muslim community. It is backward on the economic and employment level. They have agitated for their rights in front of the upper caste of Muslims.

You will remember that last year Pasmanda Muslim intellectual conference was organized in Lucknow. Brajesh Pathak also participated in this on behalf of the state government.

These big schemes of the General Budget 2023-24 will change the fate of the country, know how?

Virat Kohli at the rate of PM Modi’s guru, preparations are being made for Australia