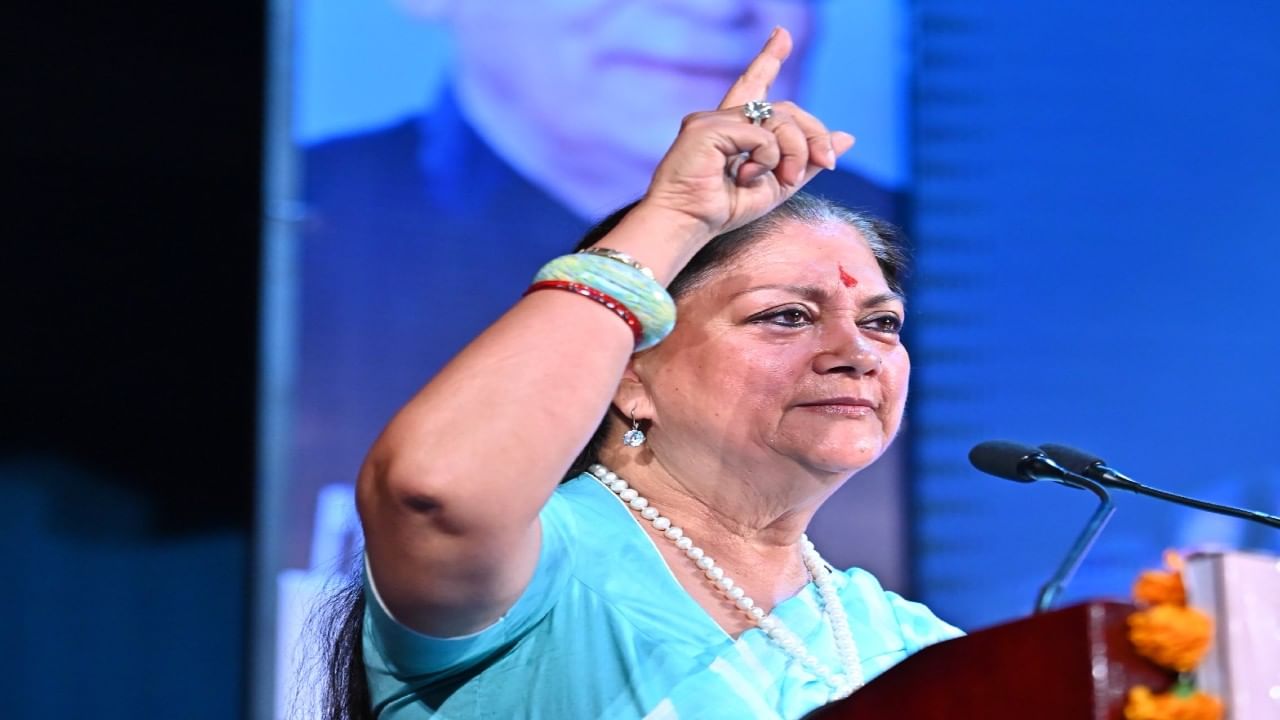 Former Rajasthan Chief Minister Vasundhara Raje on Monday remembered former Vice President Bhairon Singh Shekhawat, saying that he was never distracted by the ups and downs and challenges in politics and he never compromised on his ideology during his political career.

Former Rajasthan Chief Minister Vasundhara Raje said at an event on Monday that former Vice President Bhairon Singh Shekhawat never shied away from the ups and downs in politics but was deeply hurt when her government came from behind while undergoing treatment in Cleveland. There was a conspiracy to demolish it. In the capital Jaipur, Raje had reached the release program of a book written by retired Indian Police Service officer Bahadur Singh Rathod on the life of former Vice President Shekhawat. Raje also released a book titled Dharti Putra Bhairon Singh Shekhawat in the program.

During this, Raje while addressing said that Shekhawat used to say that a person following the policy of service can definitely get trouble, but cannot be defeated. Recalling Shekhawat, Raje said that Shekhawat never deviated from the ups and downs and challenges in politics.

It is a proud moment for me that today I am proud of the nation, the true Jannayak, the great personality, the self. I have got an opportunity to release a book written on the memoirs of Bhairon Singh Shekhawat ji. She was such a great personality, who taught me to move forward on the path of progress.#BhaironSinghShekhawat pic.twitter.com/zngYowWfMD

Shekhawat not distracted by ups and downs

Raje said that on the one hand he was undergoing heart surgery in Cleveland in 1996 and on the other hand an operation was going on in Jaipur to topple his government. He said that although the forces that brought down the government did not succeed in this, but he was deeply hurt by this incident of attempt to stab Bhairon Singh ji in the back. Raje said that many such people were also involved in this, whom he had helped a lot.

Raje said that Shekhawat also used to say that the more obstacles come in politics, the more difficult times come, the stronger a person becomes by doing penance. It is only in such a period that one’s own aliens get recognized. When difficulties come, first of all those people who are different from you, whom you have helped the most.

Bhairon Singh did not compromise with ideology

Raje further said that Shekhawat was the Chief Minister of Rajasthan at that time and no matter what the political party, Shekhawat had no permanent enmity with anyone, he was friends with everyone. Yes, when it came to ideology, no matter how much friendship, Bhairon Singh ji never compromised.


Raje said that it was his such qualities that took him to the top in Indian politics. Raje said that there is no doubt that my mother Rajmata Sahib had brought me in politics, but it is also true that Bhairon Singh Shekhawat’s role was also important in bringing me to this point. He said that Shekhawat was an experienced player of politics, who had established BJP’s roots in Rajasthan.