Uttarakhand Election Result: Will the history of losing the Chief Minister’s election continue in Uttarakhand? 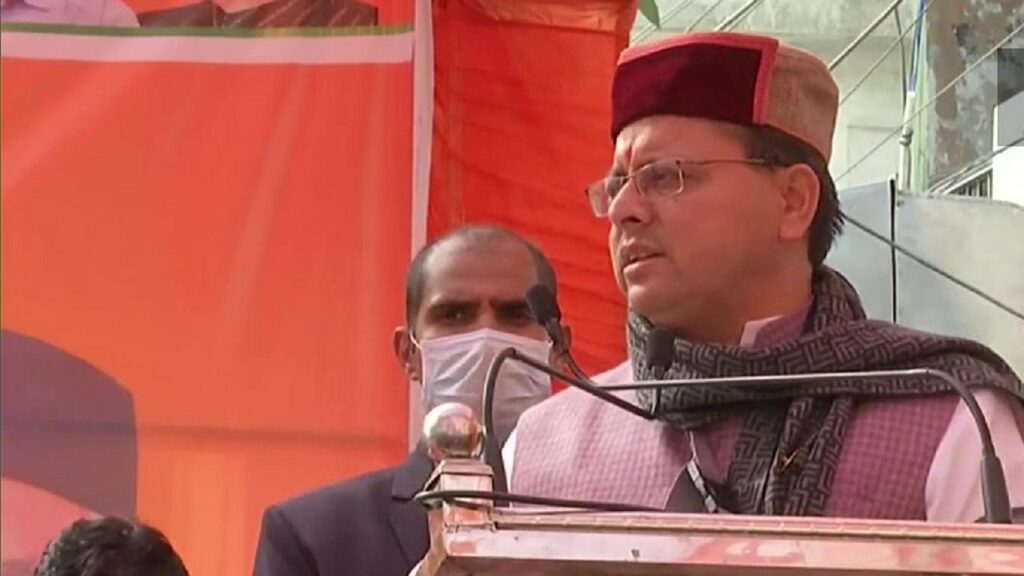 Pushkar Singh Dhami is trailing from Khatima, looks like the history of losing the Chief Minister’s election can be made again. Because in the 2017 assembly elections, Dhami defeated Bhuvan Chandra Kapri by a huge margin of votes. In the last election, Harish Rawat was the then CM of Congress and he lost from Haridwar Rural and Kichha seat.

uttarakhand assembly elections (Uttarakhand Chunav 2022) Counting of votes is underway and the state’s ruling Bharatiya Janata Party is still in trends in the state. (BJP) Leading in 44 seats. while the Congress (Congress) Leading in 22 seats. At the same time, the most surprising thing is that the current Chief Minister of the state Pushkar Singh Dhami is trailing from his rival Bhuvan Chandra Kapri from Khatima seat. At the same time, Congress leader and former CM Harish Rawat is also trailing in Lalkua seat and the difference of votes between him and the BJP candidate has reached close to ten thousand. Which can be a matter of concern for Harish Rawat.

On the other hand, Dhami’s fall behind in the election is adding to the apprehension that the history of losing the Chief Minister’s election in the state may be made again. Because in the 2017 assembly elections, Dhami defeated Kapri by a huge margin of votes. In the last elections in the state, Harish Rawat was the then CM of Congress and he lost from Haridwar Rural and Kichha seats. Whereas before that the 2012 assembly elections, the then CM of BJP Bhuvan Chandra Khanduri also lost the election and after this election the Congress government was formed in the state.

In the state, defeat is decided by a very small margin and in the counting of votes in the state, so far he is trailing by 954 votes from his rival Bhuvan Chandra Kapri from Khatima seat of Udham Singh Nagar. On the other hand, if we talk about the 2017 assembly elections, Dhami had defeated Kapri by just 2709 votes. Something similar is also the case with Harish Rawat, who is considered to be the CM contender in the Congress. Harish Rawat is trailing by 9966 votes from BJP’s Dr. Mohan Singh Bisht from Lalkuan seat of Nainital. This is not a good sign for both the leaders in the state. In fact, in the 2017 assembly elections in the state, Harish Rawat was projected as the CM in the state and he contested the assembly seats in the state, Haridwar Rural and Kichha seat. But the public rejected him and he had to face defeat in both the seats. At the same time, the Congress was out of power in the state.

In the 2012 assembly elections in the state, BJP had projected BC Khanduri as CM and he contested from Kotdwar seat. But he was defeated by Surendra Singh Negi of Congress. Whereas at that time there was a BJP government in the state.

If we talk about the 2017 result on Khatima assembly, then in 2017 BJP’s Pushkar Singh Dhami won from Khatima. At the same time, Dhami was appointed as the CM of the state last year, just six months before the state elections, after two CMs were changed in the state. In the 2017 assembly elections, Bhuvan Chand Kapri of Congress came second and got 26830 votes while Pushkar Singh Dhami, who won the Khatima seat, got 29,539 votes.

(The author is a senior journalist, the views expressed in the article are personal of the author.)

Uttar Pradesh Chunav Result: Has Samajwadi Party ‘played’ the soft Hindutva card? Even the darshan of Ayodhya and Kashi will not be able to erase the stain of the fourth major defeat