Uttarakhand Election 2022: BJP will take out Rath Yatra for victory in all 70 seats, will prepare manifesto on the suggestions of the public 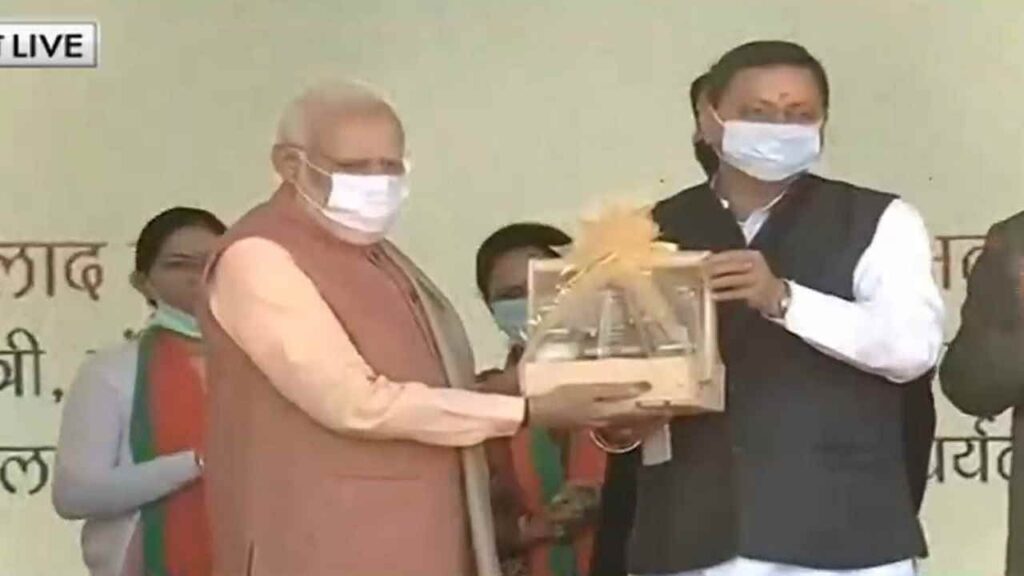 Prime Minister Narendra Modi’s rally will be held in Kumaon division of the state on December 24 and this rally can be held in Haldwani. Although there is a discussion that a rally can also be held in Rudrapur of Kumaon.

Before the Uttarakhand assembly elections, the ruling Bharatiya Janata Party of the state will take out Vijay Sankalp Yatra in all 70 districts of the state. Through this Rath Yatra, people will be contacted at village, block, citizen level of the state and they will be informed about the work being done by the state government. Along with this, a suggestion box will also be kept in this chariot, in which people will give their suggestions regarding the party’s election manifesto and the party will prepare its manifesto on the basis of that.

Actually, BJP, excited by the rally of Prime Minister Narendra Modi, will now take out Vijay Sankalp Rath Yatra in every assembly constituency in the state. This Rath Yatra will start from the capital Dehradun and will campaign through rallies in all the areas. BJP state president Madan Kaushik said that the program of the rally will be released soon. He said that there is enthusiasm among the BJP workers due to the rally of Prime Minister Narendra Modi organized in Doon on Saturday and now BJP will take the people of the state through the Rath Yatra and the development works of the state government. He said that Prime Minister’s rally will also be organized in Kumaon region this month and lakhs of people will participate in it.

Prime Minister Narendra Modi’s rally will be held on December 24 in Kumaon division of the state. It is being told that this rally can be held in Haldwani. Although there is a discussion that there can be a rally in Kumaon too. Because in view of PM Modi’s rally in Haldwani, the place is being told less. At present, through PM Modi’s rally, wants to cultivate 19 farmers-dominated seats, including Udham Singh Nagar. Because BJP is feeling that after the withdrawal of three agriculture bills, farmers will support BJP.

The state’s opposition party Congress has questioned the presence of the Governor on the stage during the Prime Minister’s public meeting in Dehradun. Responding to this, BJP state president Madan Kaushik said that the program organized at the Parade Ground was completely a government program. The Prime Minister laid the foundation stone and inaugurated many schemes here and the Governor can come in the government program.

Also read- PM Modi in Uttarakhand: PM Modi said- Uttarakhand’s water and youth will come here, our work will open the fate of the youth here

Not only Lachit Borphukan, also know these 7 heroes, who have now got national recognition