Uttar pradesh assembly election 2022: So far all bets of Samajwadi Party have failed in Unnao’s Mohan seat, will candidate Aanchal Verma be able to change history? 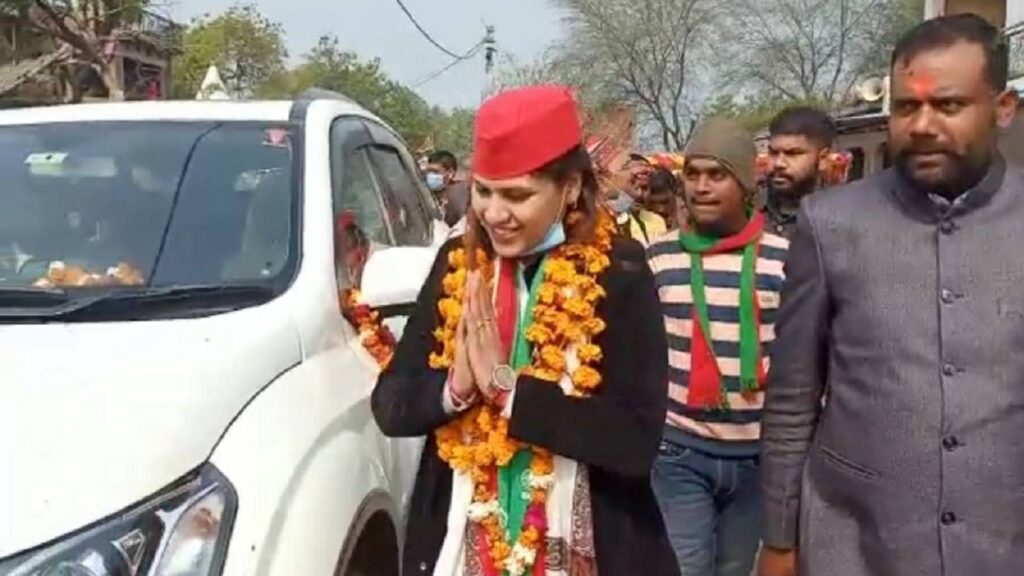 The fourth phase of polling in Unnao is to be held on February 23.

The fourth phase of polling in Unnao is to be held on February 23. So far, except the Congress, no party has fielded any candidate in the Mohan Assembly. The same change happened several times on this seat but the account of the Samajwadi Party was not even opened.

After independence, till now the account has not been opened in 17 assembly elections.

Voters still did not pay attention to the Samajwadi Party in Mohan, the famous poet and freedom fighter Maulana Hasrat Mohani. The account of the Samajwadi Party has not been opened in the 17 assembly elections held since independence. Apart from the Congress, BJP, BSP, Communist Party, the voters here gave a chance to the candidates of the Janata Party. First of all, in the year 1951, the Indian National Congress won.

After this, the candidates of Communist Party of India won in 1957 and 1962. In 1967, the public once again expressed confidence in the Congress and again in 1969 and 1974, the Communist Party of India won twice. In 1977, the public gave a chance to the Janata Party on the face of Chandrapal. Then in 1980, Bhikhalal again won from the Communist Party and in 1985, Badri Prasad won from the Indian National Congress. After this, the status of these parties decreased and Mastram of Bharatiya Janata Party represented here for two consecutive terms in 1989 and 1991. In 1993, for the first time, the people of Bahujan Samaj Party got the victory of Ramkhelawan. But in the 1996 elections, BJP again reversed and Mastram became MLA from BJP for two consecutive terms in 1996 and 2002. In 2007, the attitude of the public changed once again and Radhelal Rawat of BSP won, who became MLA for the second consecutive time in 2012. Whereas in the 2017 elections, BJP again hoisted saffron from here and Brajesh Rawat was elected MLA.

The current MLA, Brajesh Rawat, a teacher at Atal Bihari Inter College in the city, entered active politics for the first time in 2017. In the wave of BJP in the state, voters elected him and sent him to the assembly. He had never been active in politics before. However, unions and teachers remained associated with organizations. BJP MLA Brajesh Rawat’s discussion about ticket cut this time is also intensified in Mohan seat itself. It is alleged that the MLA did not get the work done in the area, angry people have blocked the road many times.

Aanchal Verma’s new name in Unnao’s politics, will history be able to change

At the same time, this time the Samajwadi Party has expressed confidence in Aanchal Verma. Aanchal Verma is a new name in Unnao’s politics. A doctor by profession. Her husband is also a doctor in Unnao. He is the director of a private hospital in Unnao. And in the father-in-law Hasanganj tehsil there is a law. Father is MLA from Ajra of Banaras. This time Samajwadi Party will change the history of Samajwadi Party on this seat or it will remain so.

Have a look at Mohan Assembly Constituency