UP: Varun Gandhi again lashed out at his own government, surrounded BJP on ration card and privatization in Pilibhit, said – Medicines and gas were distributed from my pocket in the hospital 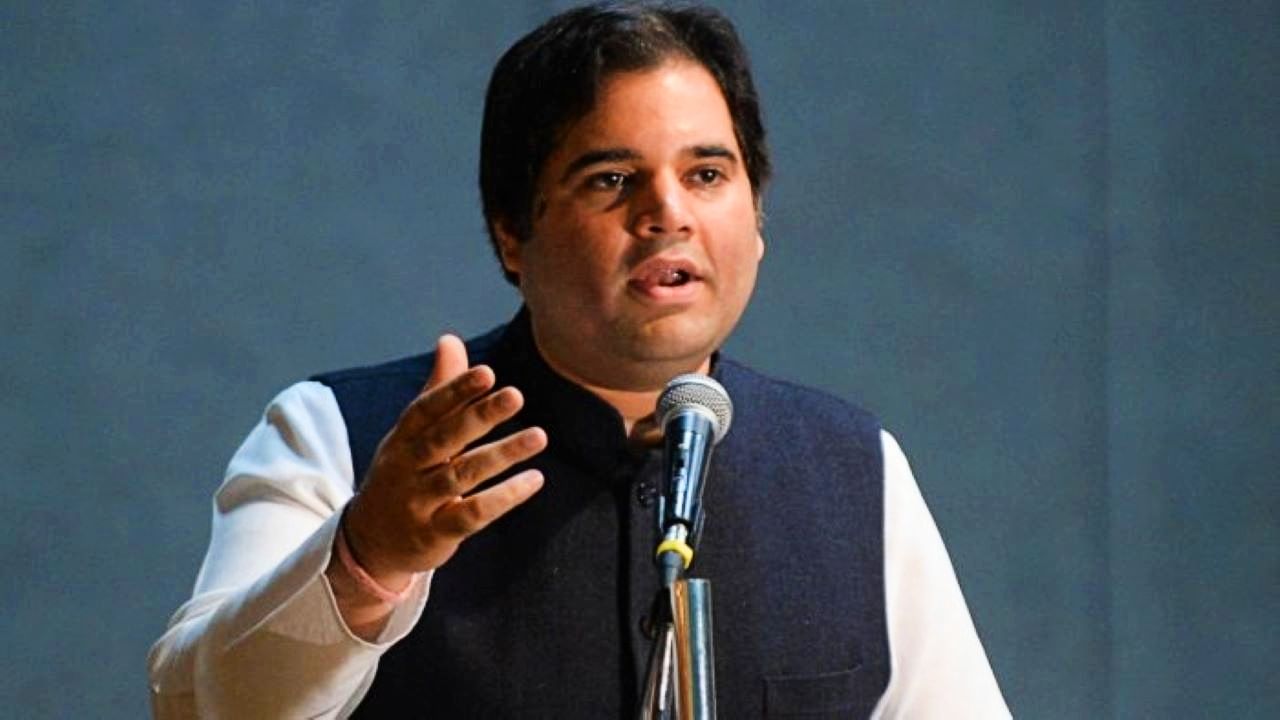 In Pilibhit, Varun Gandhi told the people that committing atrocities is as much a sin. To suffer a crime is an even greater sin. When there was Corona in the country, then there were all the people’s representatives of Uttar Pradesh. In this, 80 percent of the public representatives did not come out of their homes.

Uttar Pradesh (Uttar PradeshBJP MP Varun Gandhi and Sultanpur BJP MP Maneka Gandhi reached Pilibhit on a one-day tour. Where both the mother-sons were warmly welcomed by the workers at Pulkhmaria intersection. During this, Varun and Maneka Gandhi attended the tenth rites, after which BJP MP Maneka Gandhi met hundreds of her old workers and inquired about their condition, after which Maneka and Varun Gandhi reached Bilsanda and addressed a huge public meeting. During this, while referring to the budget including ration card, unemployment, privatization, corona, the BJP government (BJP Government) surrounded.

Actually, BJP MP from Pilibhit, Varun Gandhi said that if people talk to people today, there is fear in people’s mind. During this, if he keeps his word, then there will be lawsuits, business will be closed, and farmers doing farming will be harassed. As long as there is blood in my veins. Till then you will not find yourself alone in your fight. Let us tell you that Varun Gandhi has surrounded his government on many fronts. On the previous day, he had directly targeted the Modi government at the Center regarding the government posts lying vacant in the country.

Lakhs of eligible ration cards were cut, if the voice was raised, the government came on the backfoot

At the same time, while addressing the public meeting, BJP MP Varun Gandhi said that who will come to fight our battle today. We have to fight this battle ourselves. Today, there is no such village in Uttar Pradesh in which the ration cards of people have not been cut wrongly. Where the ration cards of lakhs of eligible people would have been cut. But I was the only one who raised my voice. After which the Uttar Pradesh government had to come on the back foot and finally say that the process of ration card has not changed. It will remain as it is.

As much as it is a sin to commit oppression, to bear the crime is also an increased sin.

Apart from this, during the public meeting, Varun Gandhi told the people that committing atrocities is as much a sin. To suffer a crime is an even greater sin. On the other hand, when there was Corona in the country, there were all the public representatives of Uttar Pradesh. In this, 80 percent of the public representatives did not come out of their homes. But Varun used to come to Pilibhit every week. The amount of medicine and gas people got in Pilibhit Hospital. All that was distributed from my pocket because my mother had said that this is the time to prove that I consider the people of Pilibhit as my family.

During this, BJP MP Varun Gandhi said that when I talk to people, then fear appears in their mind that if people will keep their word. So they will be prosecuted. In such a situation, people will be harassed by farming. But Varun Gandhi is speaking responsibly, you guys know that I am 100 percent honest person. As long as there is blood in my colours, Varun Gandhi will always stand by your side in your fight.