UP Election: All the caste equations were destroyed in the reserved seats of Kheri in 2017, will BJP be able to repeat history this time too? 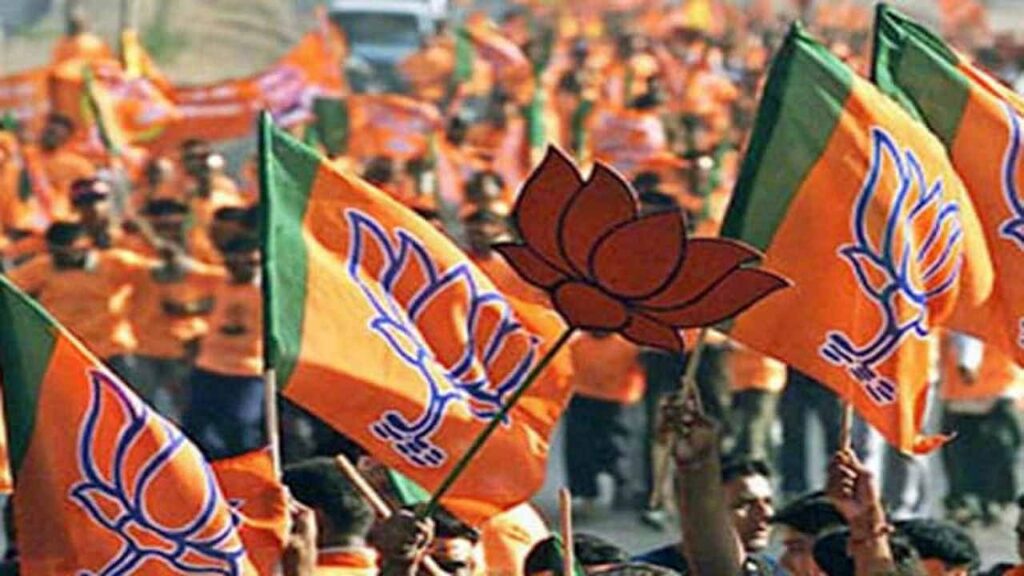 Lotus blossomed in the 2017 assembly elections in all the eight seats, including two scheduled caste seats in Lakhimpur-Kheri district. This was the first time in the history of the district that when all the eight seats came together in the bag of BJP.

In 2017, the BJP had captured all of Lakhimpur-Kheri district. (signal picture).

There is only a few days left for the Uttar Pradesh Assembly Election 2022. In the last such assembly elections, the Modi wind had flowed in such a way that all the caste equations had collapsed and the Lakhimpur-Kheeri (Lakhimpur-Kheeri)Lakhimpuri KheriThe lotus (BJP) had blossomed in all the eight seats, including two scheduled caste seats in the district. This was the first time in the history of the district that when all the eight seats came together in the bag of BJP. Whereas before the 2017 assembly elections, that is, in the year 2012, four seats in the district were occupied by the SP, three on the BSP and one seat by the BJP.

At the same time, in the assembly elections held in the year 2012, four of the eight seats in the district were occupied by Sunil Kumar Lala from Kasta of SP, Vinay Tiwari from Gola seat, Shamsher Bahadur from Dhaurhara seat and Utkarsh Verma Mudhar from Sadar Lakhimpur. While in Mohammadi, Bala Prasad Awasthi from BSP, Shripal Bhargava in Srinagar and Harvinder Singh in Palia were MLAs. The seat of Nighasan was only with the BJP. Ajay Mishra was the Teni MLA in this seat. The Modi wave was going on in the 2017 Vidhan Sabha elections, in which the BJP’s lotus was blooming in all the eight seats. SP and BSP candidates had reached the second number. On the other hand, Kasta and Srinagar seats in the district are reserved seats for Scheduled Castes. Even in these SC-dominated seats, all caste equations had also collapsed. This was the reason that the BSP could not even save Srinagar and Palia seats.

SP’s Vinay Tiwari was the MLA in the Gola assembly seat. In the 2017 elections, in the Modi wave, BJP candidate Arvind Giri defeated Vinay Tiwari of SP. Arvind Giri got 122497 votes, while SP MLA Vinay Tiwari had to be satisfied with 67480 votes. This time again both the candidates are fighting with their respective parties.

This seat went to BSP’s account in 2012. Bala Prasad Awasthi was the MLA. Here there was a close fight between Lokendra Pratap Singh of BJP and Sanjay Sharma of Congress. The BSP candidate was at number three. Kendra Pratap Singh got 93000 votes, while Sanjay Sharma stood second by getting 59082 votes. Here the BSP candidate got the third position.

Harvinder Singh Sahni alias Romi Sahni was MLA from BSP in this seat in the year 2012. In 2017, he left the BSP and joined the BJP and contested the elections on a BJP ticket. He defeated Saif Ali Naqvi of Congress by getting 118069 votes. Saif Ali Naqvi stood second by getting 48841 votes.

Shripal Bhargava won the elections in the year 2012 on a BSP ticket. In this seat, BJP had fielded Manju Tyagi and SP had fielded Meera Bano. In the 2017 assembly elections, a total of 50.68 percent votes were cast here. Manju Tyagi of BJP defeated Meera Bans of SP by securing 112941 votes. Meera Bano got only 5802 votes.

Also read: UP Assembly Election: Swati Singh became the leader after the indecent remarks of BSP leaders, the name associated with these major controversies after becoming a minister

Also read: UP Election: BJP candidate was seen singing a song during the public meeting in Shahjahanpur, some of the words of Suresh Khanna were like this