UP Election 2022: Voting in the first phase ended in UP, till 5 pm, 57. 79 percent voting, Jayant Chaudhary missed the vote 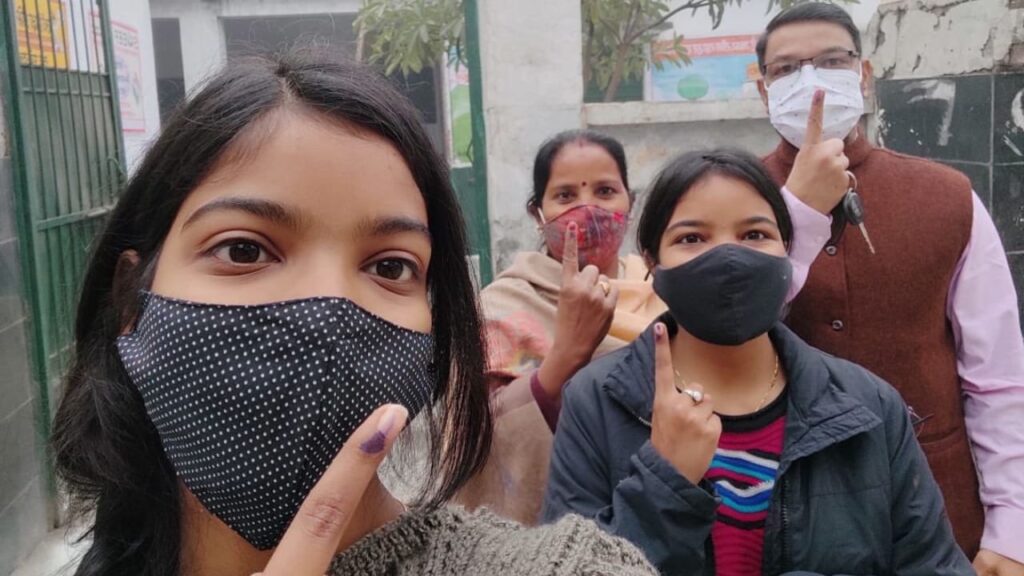 During the first phase of voting, reports of fake voting also came to light in Agra. SP and BJP came face to face over fake voting.

Uttar Pradesh (Uttar PradeshToday the first phase of elections has been completed. In 58 seats in 11 districts, 57.79 per cent polling was recorded till 5 pm. A large number of voters reached the polling booth to cast their votes today. Voting of the first phase (VotingDuring this, special enthusiasm was seen among the youth as well as the elderly. Elders in large numbers reached the polling stations to cast their votes. On the other hand, regarding the voting, the SP (BJP)BJP) has also been made several allegations. The Samajwadi Party alleged that the administration got voting done very slowly in ward numbers 93, 94, 95 in Mustafabad of Loni assembly constituency of Ghaziabad. Due to this, a large number of voters were deprived of exercising their franchise.

Let us inform that till 5 pm in Gautam Budh Nagar, 53.48 per cent and Noida 48 per cent, Dadri 56 per cent and Jewar 60.3 per cent voting was recorded. By 6 pm, the first phase of voting was over in Mathura as well. Surprisingly, RLD President Jayant Chaudhary did not vote at all. It is being told that he did not reach the polling station till the end of the voting time i.e. till 6 pm.

Jayant Choudhary did not cast his vote

In 11 districts of UP, 57.79 percent voting was recorded till 5 pm in 58 seats. Till 5 pm, 61.30 per cent polling was recorded in Baghpat and 58.12 per cent in Mathura. On the other hand, RLD chief Jayant Chaudhary could not reach to cast his vote. During the voting, there were also reports of uproar in Shamli regarding fake voting. According to the news, the coalition candidate Prasanna Choudhary was attacked. The news of two people including the coalition candidate getting injured in this attack has come to the fore. Let us tell you that there was an allegation of voting by fake slips of women.

Controversy between SP and BJP over fake voting

During the first phase of voting, news of fake voting also came to light in Agra. SP and BJP on fake voting came face to face. According to the news, when the SP workers stopped the fake voter, the supporters of the BJP candidate started showing hooliganism. It is alleged that the youth was going to cast his vote with a fake Aadhar card. This incident is being told of Junior High School, a former secondary school in Bah town.

Special arrangements were made in district Ghaziabad for the first phase of polling. To make voters aware of their franchise They were welcomed at the polling booths with drums and drums. was done. At the same time, one at a polling booth in Noida Sector 119 Sand artist made a special effort to make voters aware Of. According to artist Rupesh Singh, even in the last elections, he had worked very hard in the voter awareness campaign. For this election too, he has prepared it with sand by working hard all night.