Tripura: BJP had ousted the Left party which was in power for 25 years but the road to 2023 is not easy 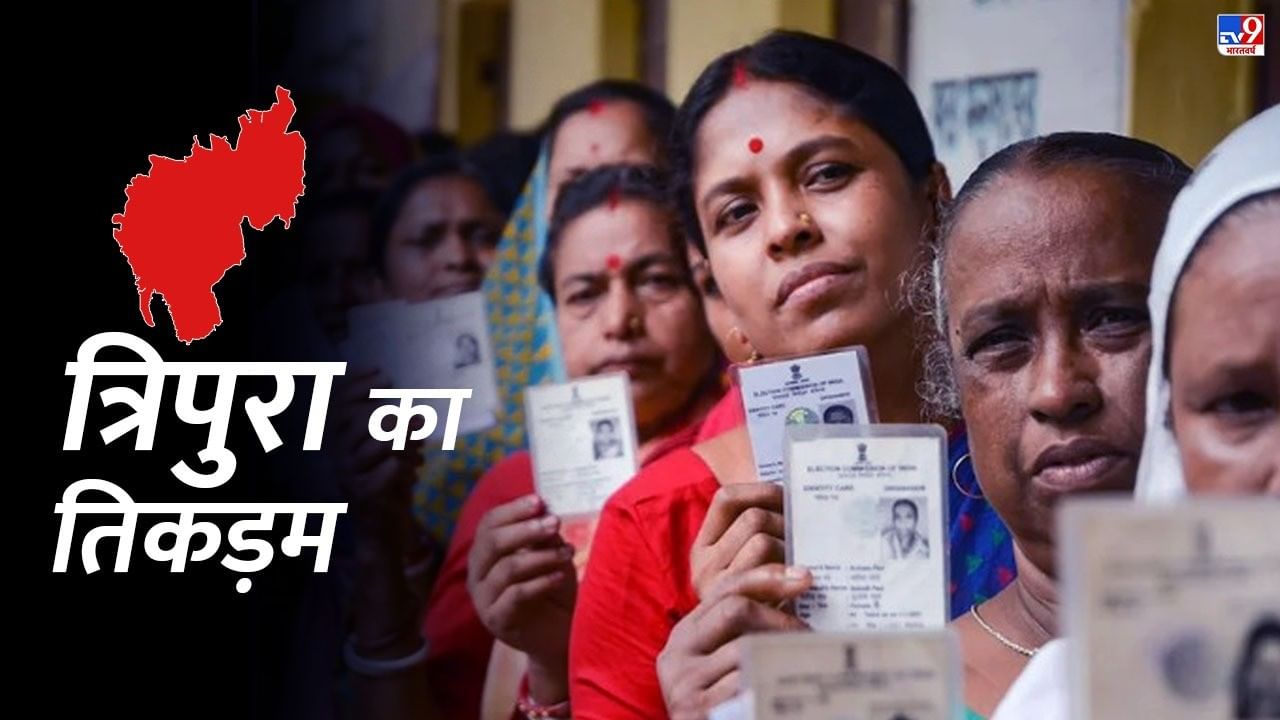 Elections will be held in Tripura on 16 February. Tripura assembly elections are going to be more interesting this year because for the first time in 2018, BJP created history by winning here, but this time the road will not be easy.

Election Commission in Meghalaya, Nagaland and Tripura assembly elections 2023 The dates have been announced. Elections will be held in Tripura on 16 February. Election commissioners of the commission had visited here before the announcement of elections. Tripura assembly elections are going to be more interesting this year as in 2018, for the first time, BJP had created history by winning here. After ousting the Left parties which were in power for 25 years, the BJP appointed Biplab Dev as the Chief Minister and handed over the command of the state.

Making changes in 2022, Manik Saha was made the Chief Minister in place of Biplab Dev. Maintaining the history of victory that BJP had created in 2018 will prove to be the biggest challenge for Saha. Here too, BJP is preparing to make double engine government, good governance and development an issue. By removing former CM Biplab Dev, BJP has already given this message that the one who does not work will not remain on the post of CM.

This is how BJP with majority became Sartaj

BJP has a coalition government in Tripura. In 2018, the BJP single-handedly won 36 out of 60 seats in the state, securing a majority. Last year, on May 15, 2022, the BJP aligned with the IPFT (Indigenous People’s Front of Tripura), the third major party after the Left, and replaced Biplab Deb and made Manik Saha the Chief Minister. BJP appointed Dr. Rajeev Bhattacharya as the new president. This time also BJP will make Dr. Manik Saha the face of the Chief Minister.

If you look at the 2018 results, Tripura has 60 assembly seats. Out of this, BJP had won 36. Whereas, 16 are left and 8 are with IPFT. If we look at the district-wise seats, the maximum number of 14 seats are in West Tripura. The BJP had won 12 seats from here in the last assembly elections. Whereas, IPFT had captured 2 other seats.

Even though BJP had come with majority in the last election, but this time the path will not be easy. Political upheaval continued in the state last year. In 2018, when Manik Saha was made the Chief Minister by replacing Biplab Dev, who won the party, many leaders of the party distanced themselves. BJP leader Hangsha Kumar joined Tipra Motha along with 6,000 tribal supporters from Tripura.

Not only this, the Adivasi Adhikar Party is trying to form an anti-BJP political front. Many leaders are changing parties. The Congress and the Left parties, which have been staunch opponents of each other, have joined hands. In this way, the path will not be easy for the BJP.