The game was played in the last election in Nagaland, the opposition is over, will the alliance break this time? 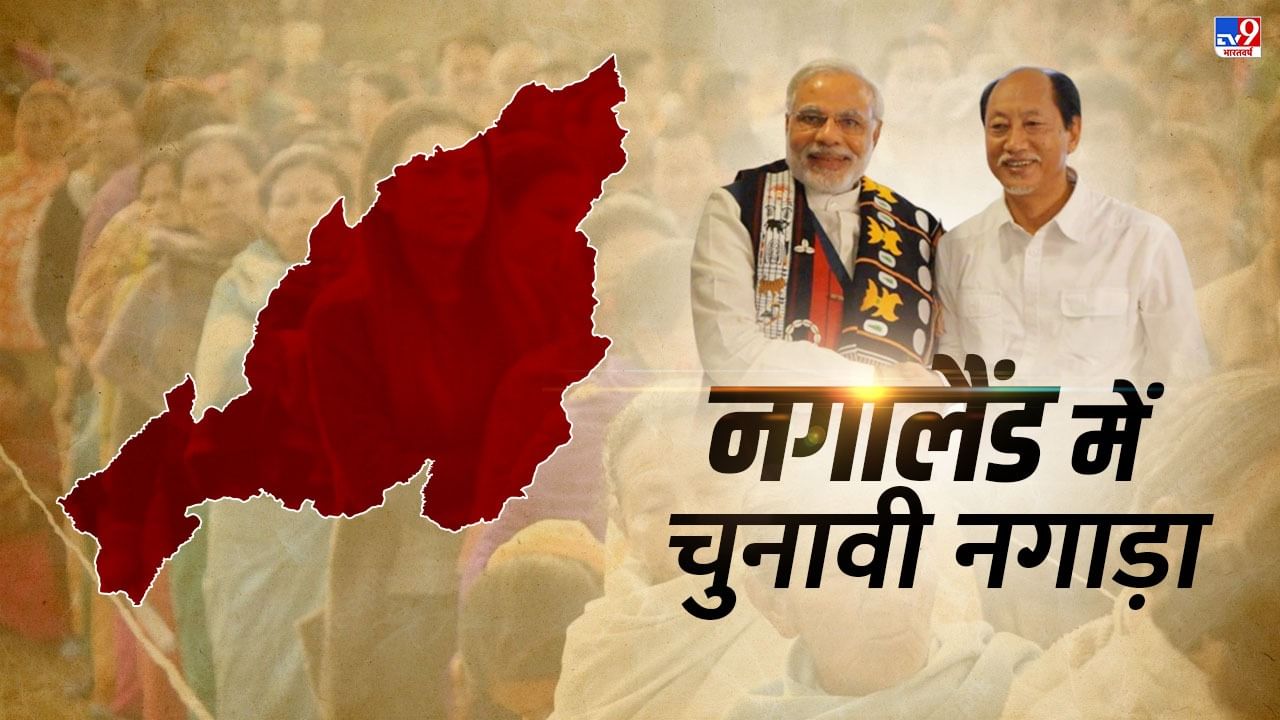 The real game happened last time in Nagaland when most of the MLAs of NPF, which won 27 seats, sided with Neiphiu Rio as soon as he became the CM and joined NDPP.

Election dates have arrived in Nagaland.

Nagaland is one of the beautiful states of Northeast India. Ranbheri of assembly elections It’s rang. Elections will be held in Nagaland on 27 February. There are 60 seats in the assembly here. Means the majority figure is 31. At present, the Nationalist Democratic Progressive Party government is in Nagaland and Neiphiu Rio is the Chief Minister. The contest here was very interesting in the last assembly elections. Before the elections, the equations were different, whereas after the elections, the alliance became different.

Talking about the last elections in Nagaland, in the 2018 assembly elections, NDPP won 17 out of 60 seats, and formed a coalition government with the help of BJP which won 12 seats. After the election, NDPP leader Neiphiu Rio was made the Chief Minister. After the elections, such a situation has developed here that the opposition itself has ended. Now people are keeping an eye on the electoral equations this time.

What is the biggest issue?

In Nagaland, there have been situations like political instability regarding Naga issues. Election parties keep talking from time to time for permanent peace and prosperity of the Nagas, but till now no permanent solution has been found. The demand for a separate flag and a separate constitution from the Nagas has been said to be unreasonable. For this, the Center and the NSCN (IM) had signed an agreement on August 3, 2015 in the presence of Prime Minister Narendra Modi.

The agreement was reached after more than 80 rounds of talks over 18 years. Apart from this, the Center had also signed an agreed position with seven organizations (NNPG) in December 2017. However, the NSCN(IM)’s demand for a separate flag and a separate constitution was rejected by the government.

The Naga People’s Front (NPF) was in power before the 2018 assembly elections. At the time of elections, the party was split into two and the rebels formed a separate party called the Nationalist Democratic Progressive Party (NDPP). Many big leaders of the party and Neiphiu Rio, who was the CM of the state, went with the rebel group.

On the other hand, NPF broke the alliance with BJP. Later BJP and NDPP contested the elections together. NDPP got 17 seats in the election, while BJP got 12 seats. This coalition reached close to the magic figure and then came to power. Neiphiu Rio became the Chief Minister.

The real game happened when most of the MLAs of NPF, the party that won 27 seats, sided with him and joined the NDPP as soon as Neiphiu Rio became the CM. In such a situation, the figure of NDPP MLAs reached 42. At the same time, only four MLAs were left with the NPF and the opposition ended. The game didn’t stop here. Later NPF also extended its support to the ruling coalition.

All the MLAs in power… what will happen this time?

At present, all the 60 MLAs of the state are in power. It is being said that this time there may be a dispute regarding seat sharing. According to local news, BJP wants more seats here. A few days back Home Minister Amit Shah visited Nagaland. After his visit, the statement of NPF leader Kuzholujo Nienu came that BJP is seeking more seats.

Kuzholujo Nienu has even said in an interview that NPF is the oldest party in Nagaland and it has the capability to contest elections on its own. Now it is feared that there may be a rift in the alliance here before the elections.