Tension continues on Chief Minister’s face in BJP, slogans raised on the soil of Mewar – green in saffron … Vasundhara in Rajasthan 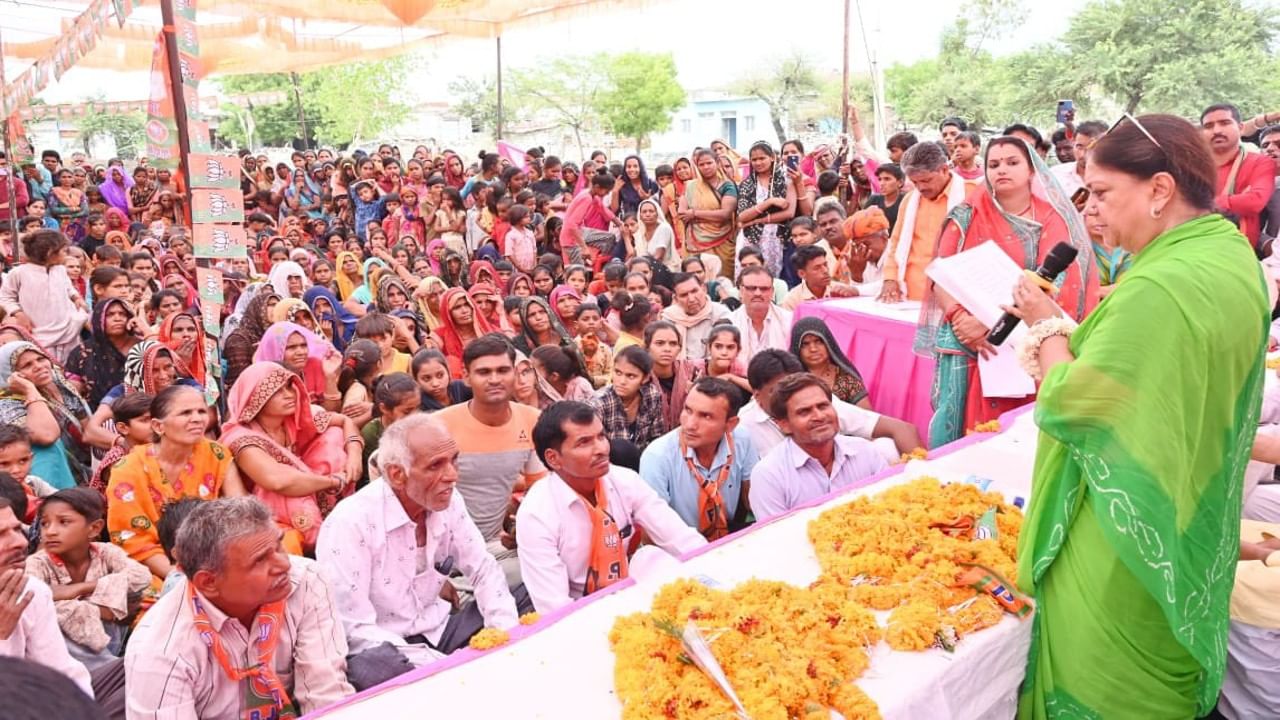 Before the assembly elections to be held in late 2023 in Rajasthan, former CM Vasundhara Raje is on a stormy tour of the state. Recently, during the visit of Vasundhara Raje to Udaipur, her supporters raised slogans of green-green in saffron, Vasundhara in Rajasthan on the demand to declare CM face again.

Before the assembly elections to be held in the end of 2023 in the BJP camp in Rajasthan (bjp) The tussle over the face of the Chief Minister has intensified. While BJP is organizing training camps in districts before elections, former CM Vasundhara Raje (vasundhara raje) Vasundhara is on a stormy tour of the state, due to which there is a lot of enthusiasm among the supporters. Recently Vasundhara Raje’s Udaipur (udaipur) During the tour, his supporters raised slogans of green in saffron, Vasundhara in Rajasthan. During the sloganeering of supporters, Leader of Opposition Gulab Chand Kataria and Janata Sena chief Randhir Singh Bhinder were also present with them. It is known that former CM Raje visits the state for a year and a half before the elections.

Let us tell you that these days Vasundhara Raje is visiting different districts of the state and getting in touch with the people. Political experts say that Raje’s way of working has always been unique. It comes into active mode a year and a half before the elections.

At the same time, the working committee meeting of the state BJP held in Kota recently was in discussion due to many reasons. Whereas before the start of the meeting, Vasundhara raised the political temperature with the supporters, while Raje had left from there before her address in the meeting. Apart from this, former MLA Bhavani Singh Rajawat was not allowed to attend the meeting.

After the drama before the meeting, Vasundhara supporters raised slogans there. At the same time, there was a discussion in the political corridors for a long time about Vasundhara Raje’s departure from the meeting. However, BJP state president Satish Poonia appeared to refrain from speaking on this matter.

Significantly, the BJP high command had made it clear a long time ago that the Rajasthan Assembly elections will be fought on the lotus symbol of PM Modi and BJP, but Vasundhara supporters have been demanding to declare Raje as the CM face for a long time.


Raje supporters say that if Vasundhara is not made the CM face, BJP may have to face defeat in the state. On the other hand, BJP state president Satish Poonia has said on several occasions that the decision of the CM face will be taken by the parliamentary board of the party.