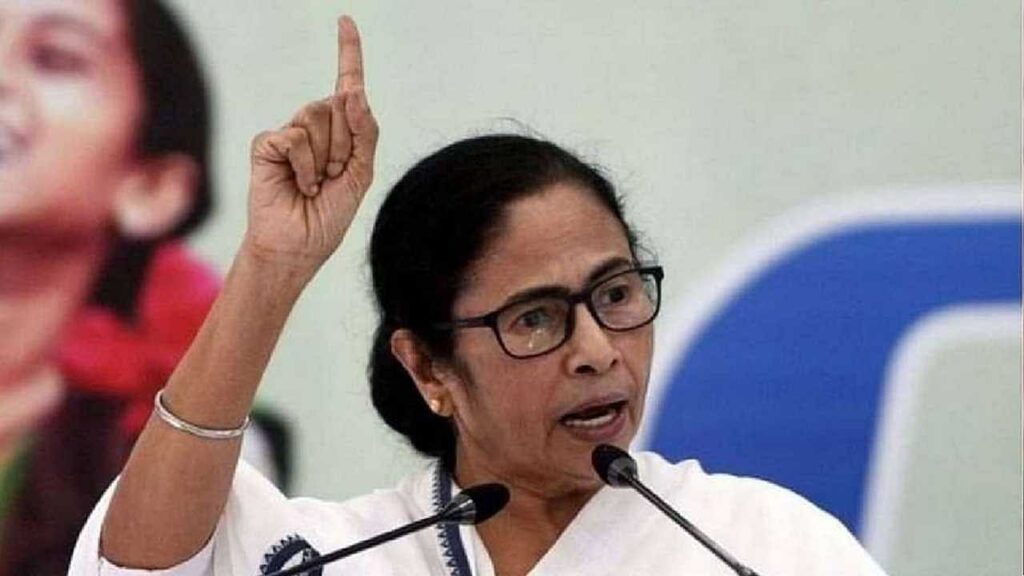 TMC mouthpiece Jago Bangla attacked the Congress on Friday, saying that it has gone into the deep freezer. Jago Bangla had recently claimed that Mamata Banerjee has emerged as the face against Prime Minister Narendra Modi and not Congress leader Rahul Gandhi.

Slamming Trinamool Congress chief and West Bengal Chief Minister Mamata Banerjee, the Shiv Sena on Saturday said keeping the country’s oldest party out of national politics and forming an opposition alliance parallel to the UPA without it ruling the ruling party. It is tantamount to strengthening BJP and fascist forces. Shiv Sena said in party mouthpiece Saamana that those who do not want the Congress-led United Progressive Alliance (UPA) government should make their stand public and not create confusion by talking behind their backs.

Also said that those who are fighting the BJP, if they also believe that the existence of Congress should end, then this stand is the biggest threat. If there is no unity among the opposition parties, then the talk of making a political alternative to BJP should be stopped. Shiv Sena has made this remark in the context of Mamta Banerjee’s recent visit to Mumbai. During her visit to Mumbai, Mamta Banerjee had given a statement that there is no UPA anymore.

‘Congress has gone into the deep freezer’

TMC mouthpiece Jago Bangla attacked the Congress on Friday, saying that it has gone into the deep freezer. Jago Bangla had recently claimed that Mamata Banerjee has emerged as the face against Prime Minister Narendra Modi and not Congress leader Rahul Gandhi. Shiv Sena said that the opposition parties have swung into action after Mamata Banerjee’s visit to Mumbai.

Also said that it has been agreed to make a strong alternative to BJP, but it is being discussed who should be taken along in the alliance and who should be kept away from it. But if there is no consensus, then no one should talk of taking on the BJP. Leadership is not the main issue, but at least a decision has to be made on coming together. The Shiv Sena said that if Prime Minister Narendra Modi and the BJP work to defeat the Congress, then anyone can understand it as it is part of their agenda. But those who are against Modi and BJP and think badly about Congress, then this is the biggest danger.

These developments have come to the fore just days after Mamata Banerjee met Shiv Sena leader and Maharashtra Environment Minister Aditya Thackeray as well as party MP Sanjay Raut during her visit to Mumbai. Mamta Banerjee made it clear that she is willing to forge a relationship with Shiv Sena and NCP. In the past few days, Mamata Banerjee has stepped up her efforts to expand the TMC by contesting elections outside West Bengal and form an opposition front without the Congress.

Also read- Akhilesh Yadav will join Mamta Banerjee’s alternate front! SP President’s taunt – BJP will be wiped out in UP like Bengal

Also read- KC Venugopal took a jibe at Mamta after questioning the existence of UPA, said – defeating BJP without Congress, just a dream

To what extent has the purpose of the Congress been accomplished through the Bharat Jodo Yatra? What did Rahul Gandhi get?