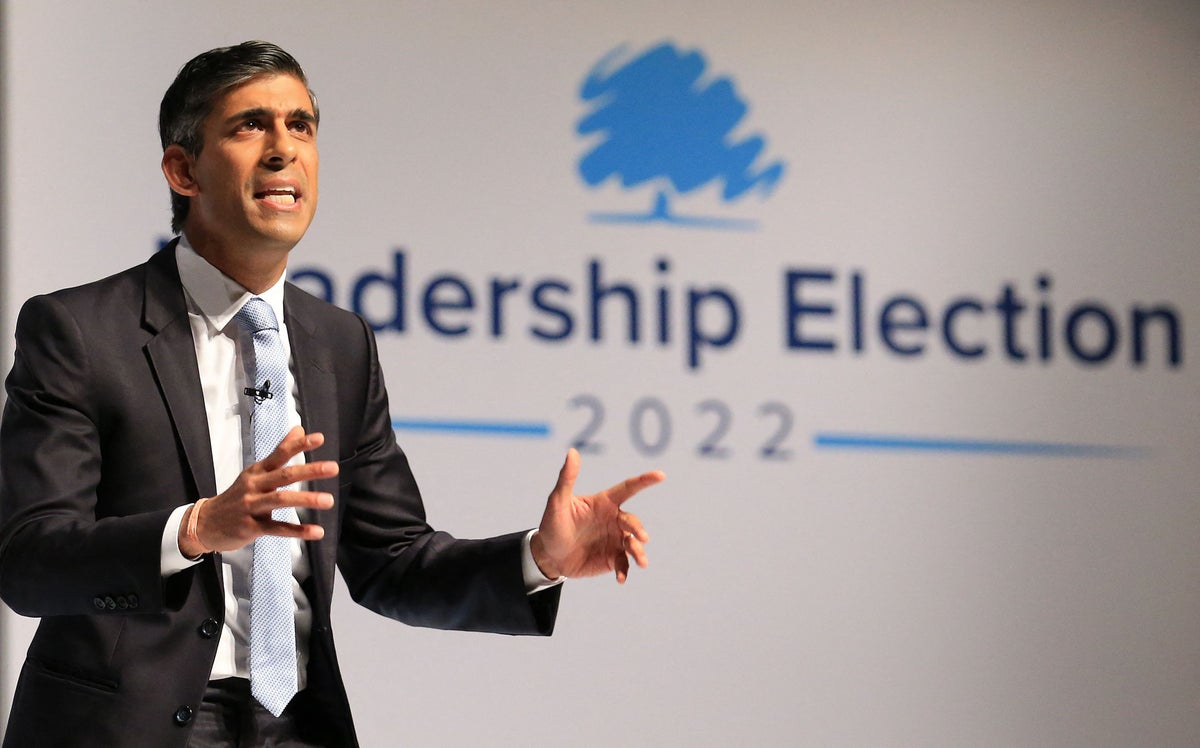 Senior allies of Tory management contender Liz Truss have accused her rival Rishi Sunak of getting “dug his heels in” as chancellor to withstand efforts to chop pink tape after Brexit.

“Rishi has given up,” they stated. “He wants people to fear there is no alternative to sliding into recession and that the only option is to stem the bleeding with Labour-lite economic policy.”

In their joint article in The Telegraph, they claimed: “He talks about cutting EU regulations, yet he dug his heels in as chancellor against efforts to do exactly that and realise the benefits of Brexit”.

Mr Clarke, who labored below the previous chancellor, and Mr Kwarteng, added: “We both saw it in Cabinet, including resisting reforms to the EU’s Solvency II regulation – making it harder for pension funds and investors to invest in British business – and being backward-leaning on moving ahead with legislation to fix issues with the Northern Ireland Protocol.”

A marketing campaign supply in Mr Sunak’s workforce, nonetheless, advised the newspaper it was “categorically wrong” that he resisted reforms to Solvency II and had backed the hardline strategy to Brussels.

A spokesperson for the previous chancellor additionally advised The Independent: “Rishi was one of the few ministers who delivered real Brexit reforms as chancellor.”

“From establishing eight freeports to ripping up the EU rulebook when it came to financial services, he delivered a proper plan for reform and change,” they added.

During the marketing campaign Mr Sunak has additionally promised that he’ll “have scrapped or reformed all of the EU law, red tape and bureaucracy” by the point of the following election — vowing to to conduct a evaluation of all retained guidelines inside 100 days of taking workplace.

Despite calls from some quarters to tone down the blue-on-blue assaults, each side have traded more and more bitter blows in current days, with Mr Kwarteng and Mr Clarke’s article being the newest incident.

Last evening, Mr Sunak’s workforce additionally accused Ms Truss of “a major U-turn on the biggest issue currently facing the country” earlier within the day, when she backed away from her earlier refusal to contemplate “handouts” for these unable to pay their gasoline and electrical energy payments.

A Sunak aide stated: “It’s all very well offering empty words about ‘doing all you can’, but there aren’t lots of different ways to act on this. Taking action means providing direct support, which Truss had previously dismissed as ‘handouts’.

“Twice now, Truss has made a serious moral and political misjudgement on a policy affecting millions of people, after last week reversing plans to cut the pay of teachers and the armed forces outside London. Mistakes like this in government would cost the Conservative Party the next general election.”

But a Truss workforce spokesperson retorted: “Rishi Sunak wouldn’t know how people benefit from a tax cut because he has never cut a tax in his life.

“People didn’t vote for the Conservative Party to be subjected to old-fashioned Gordon Brown style politics of envy.”