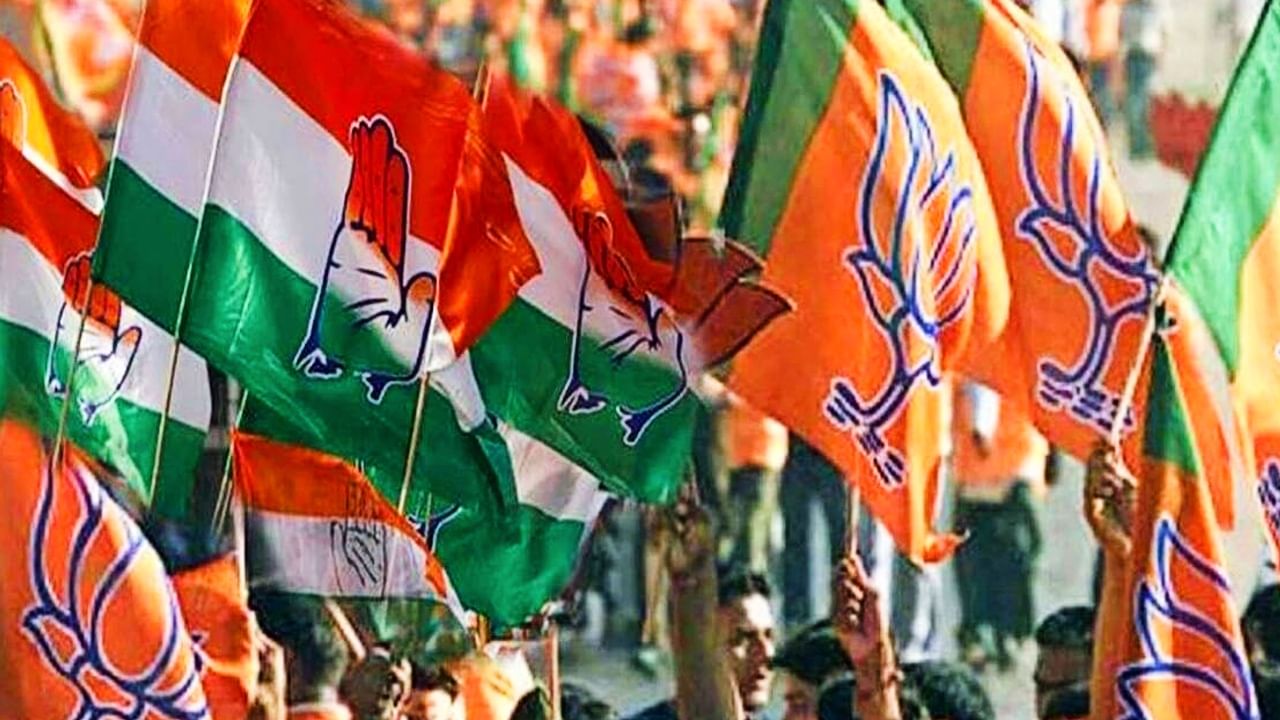 Before the Rajya Sabha elections to be held on June 10, the fight between the BJP-Congress intensified.

The contest for the Rajya Sabha seat has intensified before the elections to be held on June 10. All the parties have taken their MLAs to the resort. So that the opposition cannot break into it.

Rajya Sabha elections to be held on June 10 (Rajya Sabha Election) Earlier, MLAs from at least three states – Rajasthan, Haryana and Maharashtra – have been kept in five-star hotels and resorts. So that the opposition parties cannot break the MLAs. Rajasthan Congress from June 2 at Taj Aravali Resort & Spa in Udaipur(Rajsthan Congress) The MLA and his supporters are being entertained with birthday celebrations, magic and film shows, Antakshari. In pictures and videos coming out of the resort, Rajya Sabha candidates Randeep Surjewala, Mukul Wasnik and Pramod Tiwari, Chief Minister Ashok Gehlot (CM Ashok Gehlot) and is seen participating in a magic show with state Congress president Govind Singh.

Apart from this, BJP MLAs are spending very less time at Devi Ratna Hotel in Jaipur. According to BJP sources, from June 6 to 9, there will be 12 sessions of MLAs, focusing on the party, its ideology, eight years of the Modi government, Mission 2023 etc. There will be sessions for training every day from 6-7 pm. Targeting the Congress, BJP state president Satish Poonia said that Congress MLAs in Rajasthan are chilling, singing, dancing in the pool. They have no answer for the power crisis, people are running here and there for water and these people are swimming in ponds.

At the same time, the view is no different in Raipur’s Mayfair Lake Resort, where Haryana Congress MLAs are kept. Here on June 2, Haryana MLAs reached Raipur from Delhi on a chartered flight and checked in at the resort. On June 10, he will be flown back home to Chandigarh on a chartered flight from Raipur. But from the airport, he will be taken directly to the Haryana Vidhan Sabha, where he will cast his vote first. At the same time, Congress leader Rajiv Shukla, CLP leader Bhupinder Hooda and Congress candidate Ajay Maken have also reached Raipur to talk to the MLAs.

A chance to discuss politics and relax

A Congress MLA told The Indian Express that we are spending time with each other, watching movies, playing cards and taking a walk by the lake. Chhattisgarh Chief Minister Bhupesh Baghel and some other senior ministers have met and talked to us. Another MLA said that he likes his breakfast at the hotel’s lakeside restaurant. Some MLAs like to spend the evening in the pool. This is a good initiative of the party. Here is a good opportunity to chat with each other, discuss politics and relax.

Two senior MLAs Kiran Chaudhary (Tosham) and Kuldeep Bishnoi (Adampur) are yet to join the MLAs in Raipur. Only two days are left, he is not likely to come. The Congress high command, however, claimed that they were confident that both the MLAs would vote for the party’s candidate. Party sources said that while Chaudhary is unwell, Bishnoi is openly upset over not being appointed state Congress president.

Competition intensifies on the sixth seat in Maharashtra

At the same time, the fight between the Maha Vikas Aghadi (MVA) government and the BJP has intensified for the sixth Rajya Sabha seat in Maharashtra ahead of the elections to be held on June 10. With seven candidates vying for six Rajya Sabha seats, the Shiv Sena, NCP and Congress and the opposition BJP in Maharashtra have started taking their MLAs to the resort. A meeting was held at the Trident Hotel with the top leadership of the government including Chief Minister Uddhav Thackeray, NCP chief Sharad Pawar and Congress’s Mallikarjun Kharge. After this, Shiv Sena MLAs checked in at The Retreat Hotel and Convention Center Hotel in Malad.

How is the Election Commissioner of the country elected and why did the Supreme Court raise questions?