Renovation will be possible only when Congress leaves the post of UPA President!, New solidarity needs to be discussed with Sharad Pawar, Mamta and Thackeray: Saamana 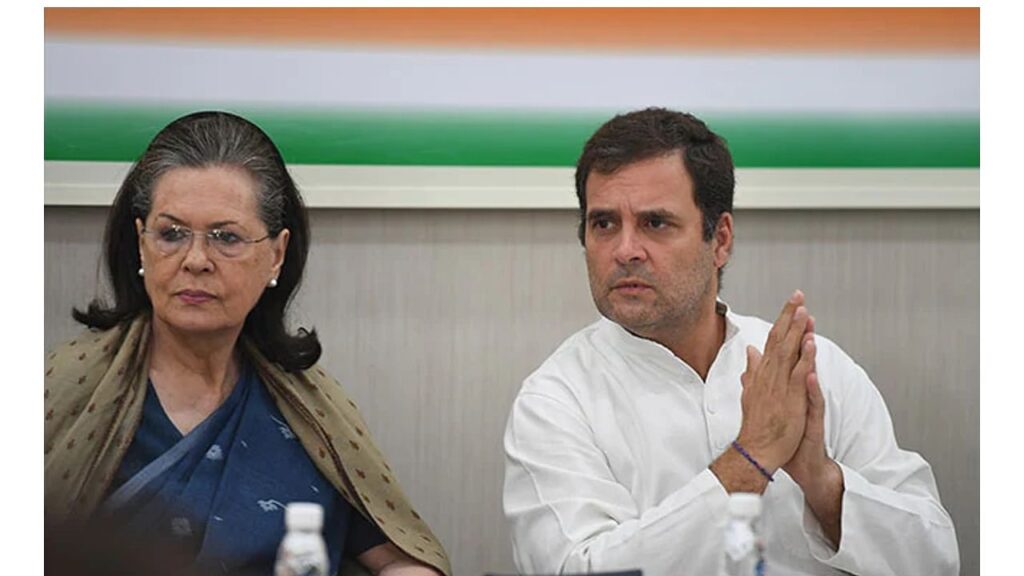 Modi’s party does not seem satisfied even after winning the assembly elections in four states except Punjab. There will be unlimited power at the Centre, yet not allowing non-BJP ruled states to function is their agenda.

Modi’s party does not seem satisfied even after winning the assembly elections in four states except Punjab. There will be unlimited power at the Centre, yet not allowing non-BJP ruled states to function is their agenda. Democracy is being throttled in such states every day by creating hurdles and obstacles. Mamta Banerjee has called upon non-BJP parties to unite against this arbitrariness. Mamta Banerjee has called upon all such Chief Ministers and parties to come together. All the ‘progressive’ forces should come together and face the arbitrariness, dictatorship of the BJP, Mamata has said in a letter to the heads of other parties including the Congress. Mamta has also written this letter to the Congress chief.

Meaning the unity of the opposition is not possible without the Congress, they have accepted it. Congress must survive as the opposition. Congress should not end, this view was expressed by BJP leader like Nitin Gadkari, Union Minister. This means that the present political system in Delhi has to destroy the very existence of the opposition. Some people have started such preparations.

Fighting will be hard but not impossible

BJP won in Uttar Pradesh, it is okay, but even after the horrific incidents that happened in Hathras, Unnao, Lakhimpur Kheri, there is doubt in the minds of the people about the victory of BJP there. There was anger in the minds of people against rape, atrocities on women, yet it is a matter of surprise that BJP candidates won that place. Whatever we will do, we still show it by winning the election, fighting against the state system in which such a system comes, will be difficult but not impossible. If the opponents of BJP win the election in a state, then the Prime Minister, Home Minister congratulate the Chief Minister of that state. We assure that the state will get full help from the Centre. But even before those words of congratulations are lost in the air, anti-conspiracies start in that state. These are signs of narrow minded mild politics.

AAP won the elections in Punjab. Bhagwant Mann became the Chief Minister. As soon as he started taking some decisions of public interest, the Center has started rotating the officials in the capital Chandigarh in protest against that state. The government of Punjab is sitting in power by democratic route on the basis of absolute majority. As BJP got majority in Uttar Pradesh and other states, similarly AAP got in Punjab. AAP has now started preparations in Himachal, Haryana. Fearing this, the Center has started cracking down on him. That is why will Arvind Kejriwal respond to Mamata Banerjee’s call to unite?

Riots broke out between BJP and Trinamool in West Bengal Assembly. The violence in Birbhum is condemnable, but instead of pouring water on that violence, the BJP is doing the work of pouring oil. It is not proper if BJP would have tried to sack Mamta government through Birbhum violence. In a state like Maharashtra, BJP is trying to remove the Mahavikas Aghadi government here by using central investigative agencies as weapons. In Telangana, Tamil Nadu, Kerala also, there is a tactic going on to destabilize the governments of the opponents.

Apart from this, in BJP ruled states where the opposition is active and people-oriented, efforts are on to bring pressure on the opponents. Jharkhand, Chhattisgarh are on the target of BJP. All the states whose Chief Minister will not make the film ‘The Kashmir Files’ tax free, they are the enemies of the country, these people have decided this! Is the leadership on the opposing side who took the country out of such mentality? If so, will there be a unanimous seal on it? If this happens, then only the solidarity effort initiated by Mamata Banerjee has some meaning. BJP led ‘NDA’ is not left, but Congress led ‘UPA’ is also visible anywhere today? Of course, there is doubt about who is in the ‘UPA’ and what is happening to them. Taking steps for the unity of the opponents means first of all to renovate the ‘UPA’. The seven bar of ‘UPA’ is currently in the name of Congress. Without manipulating it, it is not possible for the opponents to unite firmly. After the defeat of five states, the Congress will at least come forward and call the opponents for the revival of the ‘UPA’, which was expected by all.

That’s why Mamta Banerjee had to come forward.

The Congress party may have some family problem within itself, but this problem should not become a hindrance in the unity of the opponents. Sharad Pawar, Uddhav Thackeray, Mamata Banerjee, Kejriwal, K.C. Rao, M.K. These are all talented personalities and it is necessary to discuss them in the context of new solidarity. Congress did not lead for this, so Mamta Banerjee had to come forward. He has called upon the ‘progressive’ forces. Progressive does not mean frivolous secularism. If BJP wins in Uttar Pradesh, then it is like the indigestion of secularism in front. The country belongs to all, but the majority Hindu society is the crown jewel of the country. There will be no other society as tolerant and progressive as Hindutva and Hindu society to the other end of the world. If the new Aghadi of the opponents takes care of this idea, then only the anti-BJP Aghadi will get strength and the revival of ‘UPA’ will be possible. Otherwise the cycle of repeating ‘same old things’ will continue!

read this also- Maharashtra: Maharashtra will become the first state to launch biometric database of criminals, know how the police will get help