Rajasthan: Votes of 5 BJP MLAs rejected during mock polling, know which mistake of MLAs will cause huge loss to the party 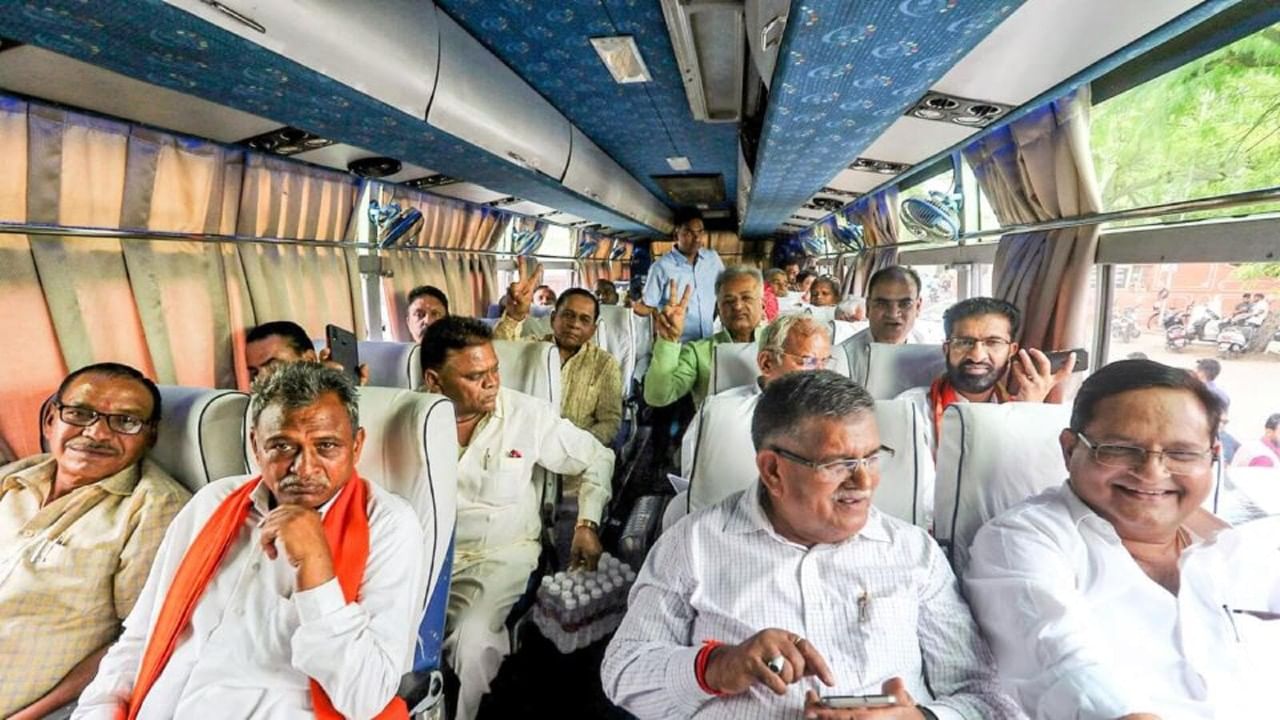 Before the Rajya Sabha elections in Rajasthan, the votes of five MLAs were rejected in the mock voting held in the BJP camp. After this, when mock polling was conducted again, then two MLAs again made a mistake. At the same time, among the MLAs whose votes were rejected, there are many experienced MLAs and have cast their votes in many elections.

Rajya Sabha elections to be held on 4 seats in Rajasthan (rajya sabha election) There is only one day left. Where Congress and BJP are going to end the fencing of MLAs today. On the other hand, before the voting for the Rajya Sabha elections, Congress and BJP MLAs are also practicing voting in the fence. According to the information received, the votes of five MLAs were rejected in the mock voting held in the BJP camp on Wednesday. After this, when mock polling again (mock polling) When it was done, then two MLAs again made a mistake and the votes were rejected. BJP after voting rejected like this a day before voting (bjp mla) Entered alert mode. At the same time, among the MLAs whose votes were rejected, there are many experienced MLAs who have cast their votes in many Rajya Sabha elections.

According to the report, the votes of experienced MLAs like Suryakanta Vyas, Pooram Choudhary were rejected in the mock poll held in the BJP’s enclosure. At the same time, Harendra Ninama, who has become an MLA for the first time, his vote was also canceled. Let us tell you that after the vote is rejected from the BJP camp, the party that claims to win two seats may be in shambles.

Let us tell you that after the votes of many MLAs were rejected on Wednesday, BJP will once again conduct a mock poll today where the MLAs will be trained to vote again. It is being told that the MLAs whose votes have been rejected will be given special training separately. On the other hand, the MLAs present in the Congress enclosure will also be given voting training in Jaipur itself.

When is the MLA’s vote rejected

It is known that the MLAs who vote are not for all the seats, so the vote is counted only once. Therefore, every party has to decide the priority for the vote of the MLAs, on the basis of which they cast their vote. During the voting, it has to be told who is in the first and second place in the list of their choice, then the candidate who gets more votes wins.

Apart from this, voting has to be done according to the priority in the Rajya Sabha elections. It is decided by the party that the MLA will vote for which candidate with which preference.

Vote gets rejected by changing pen

At the same time, a violet colored ink pen is kept by the Election Commission in voting, through which voting has to be done. In such a situation, if another ink is used, the vote is rejected.

Along with this, in Rajya Sabha, if the MLA casts his vote by showing a representative of his party or if the vote is shown to the MLA of another party, then that vote gets rejected. For example, if a Congress MLA shows his vote to a BJP MLA or a polling agent, the vote will be rejected.