Rajasthan: The ruling party came out on the road the most in 3 years, Congress protested more than the opposition 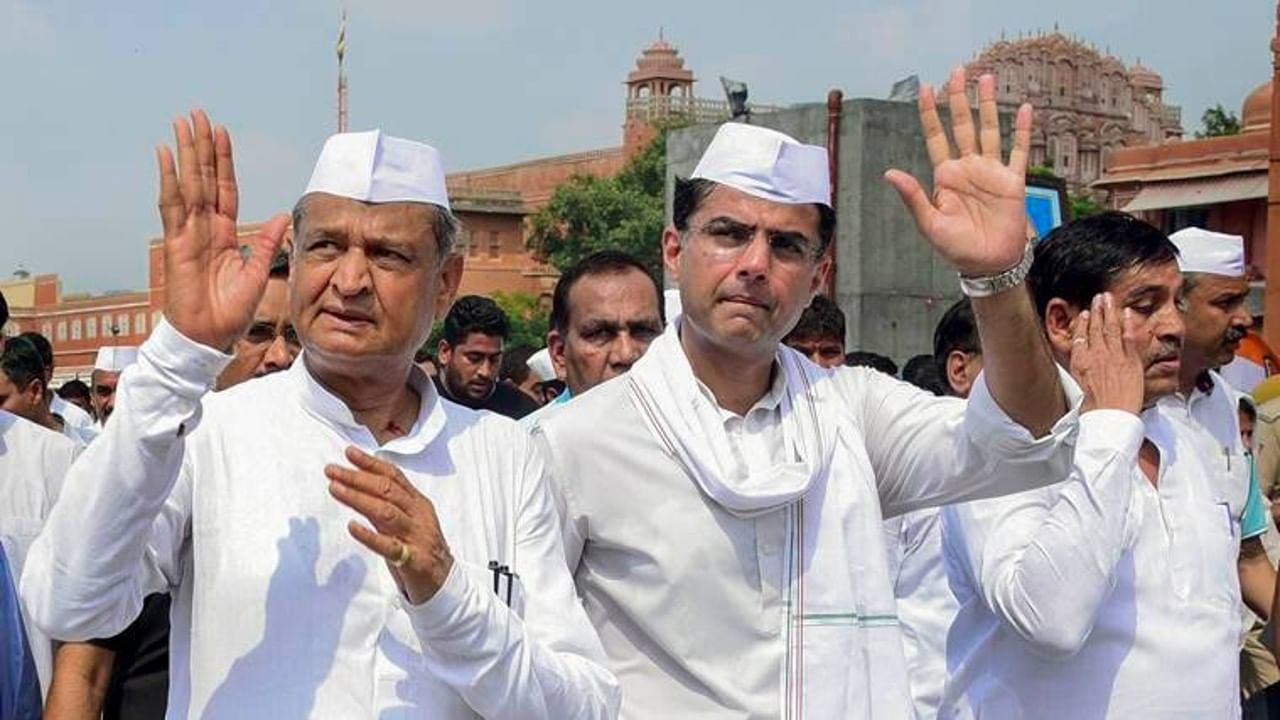 Rajasthan Chief Minister Ashok Gehlot and all his ministers have camped in Delhi in protest against the ED’s interrogation of Congress leader Rahul Gandhi. In the context of the movements, in the last 3 years after assuming power in Rajasthan, the Congress has protested on some issue every month.

In the National Herald case, the Congress lodged a protest from the road for 5 days in protest against the ED’s interrogation of Congress leader Rahul Gandhi. Congress leaders from across the country gathered at the Congress headquarters in Delhi in support of Rahul. Rajasthan Chief Minister Ashok Gehlot and all his ministers camped in Delhi from day one and took part in frequent protests and dharna demonstrations by taking to the streets. On behalf of the Congress high command, Ashok Gehlot took the front from the front line. Let us tell you that this is not the first time that Congress has come out on the streets. If we see in the context of Rajasthan, since the Congress took power in the state, for the last 3 years, every month, every month, there has been a dharna and protest.

State Chief Minister Ashok Gehlot has participated in the protests against the central government by taking to the road more than a dozen times in the last three and a half years. If we look at the figures, in the three years since the Congress returned to power in the state in December 2018, Congress leaders have held more protests than the BJP.

Gehlot took the lead in the ED movement

Chief Minister Ashok Gehlot reached Delhi from the day the ED’s interrogation started with Rahul Gandhi and took charge by staying in Delhi. At the same time, the leaders and workers from Rajasthan Congress were ordered to reach Delhi. Let us tell you that there is a Congress government in Rajasthan and due to the proximity of Sonia-Rahul’s Gehlot, the responsibility of gathering the crowd was more on the Rajasthan Congress.

took to the streets against agricultural laws and inflation

Along with this, on December 12 last year, all national leaders including Sonia Gandhi, Rahul Gandhi and Priyanka Gandhi attended the Congress’s Jaipur rally against inflation.

Demonstration at Raj Bhavan in 2020

At the same time, in the year 2020 also, Congress performed a lot of dharna where Chief Minister Gehlot himself took to the streets many times. Apart from this, during the political crisis that arose in 2020, there was a lot of stir in the Rajasthan Congress. In 2020, after the revolt of the Sachin Pilot camp, the file to call the assembly session came back 4 times from the Raj Bhavan, after which the Congress MLAs of the Gehlot camp started protesting in the Raj Bhavan itself.


After this, on 24 July 2020, Congress MLAs staged a sit-in for several hours at the Raj Bhavan under the leadership of the Chief Minister. Apart from this, in August 2020, the Congress staged a sit-in against conducting NEET, JEE examinations during the Corona period in the districts including the capital.