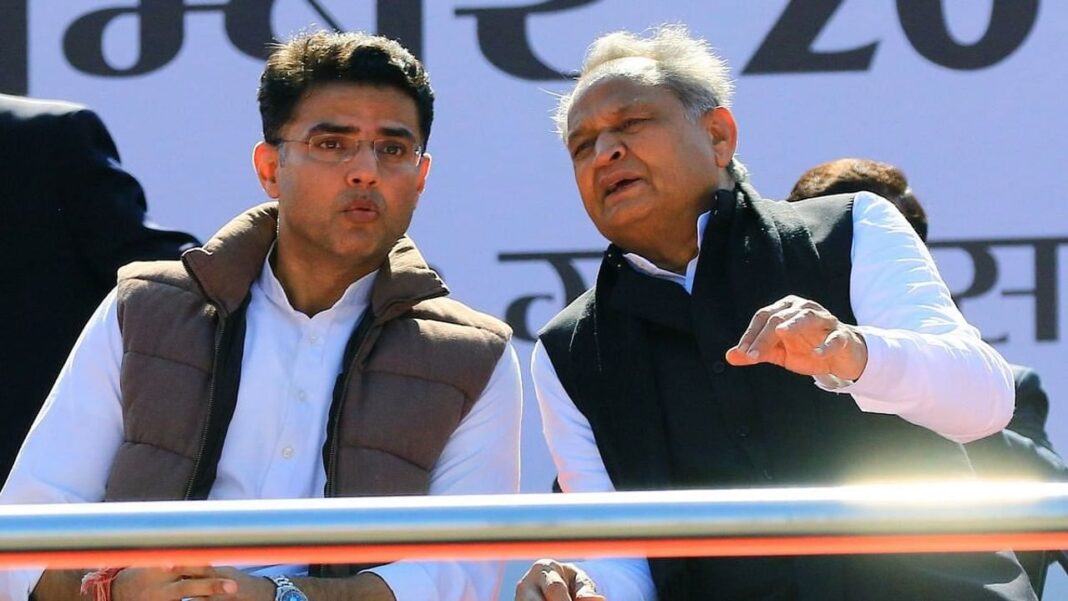 Former Deputy Chief Minister Sachin Pilot did not attend the banquet given after the conclusion of the budget session of Rajasthan Chief Minister Ashok Gehlot, after which Pilot’s absence became the focal point of discussion. Earlier, Pilot did not reach the House even during the CM’s address on the Finance Bill.

Rajasthan (rajasthan) Chief Minister Ashok Gehlot (cm ashok gehlot) Recently, on the occasion of the conclusion of the budget session, as per tradition, a banquet was held at the Chief Minister’s residence. (cm house dinner) Organized in which all the MLAs were invited. MLAs and independent MLAs of all parties including BJP and Congress attended the dinner ceremony at CM residence, but like every time former Deputy Chief Minister Sachin Pilot (sachin pilot) His absence became the focus of discussion. Although there were already speculations in the political circles that Sachin Pilot would not attend the Chief Minister’s dinner. At the same time, Sachin Pilot did not reach the house even during Chief Minister Ashok Gehlot’s address on the Finance Bill in the Assembly recently.

Although Sachin Pilot was not in Jaipur on Monday. Due to Pilot not coming to the banquet, once again the discussions on the discord between the Chief Minister and the former Deputy Chief Minister have intensified in the state.

Often both are attacking each other

Let us inform that in July 2020, there was an open revolt in the State Congress, when Sachin Pilot had gone to a hotel in Delhi with the MLAs of his camp, while to save the government, Chief Minister Ashok Gehlot along with his supported MLAs was also locked in hotels for 34 days. were were.

After this, the matter was resolved with the intervention of the high command and the government was saved from falling. Political experts say that Chief Minister Ashok Gehlot and former Deputy Chief Minister Sachin Pilot shook hands, but even after completing 4 years of the government, there is still bitterness in the hearts. At the same time, both of them have been often seen giving statements without taking each other’s names.

Also read: Rajasthan Day 2022: The unique role of Jaipur in the glorious history of the state… was made the capital of this heroic land

Also read: Rajasthan Day: Rajasthani colors will be seen at Albert Hall of Jaipur, more than 550 artists will perform… there will be free entry in the program