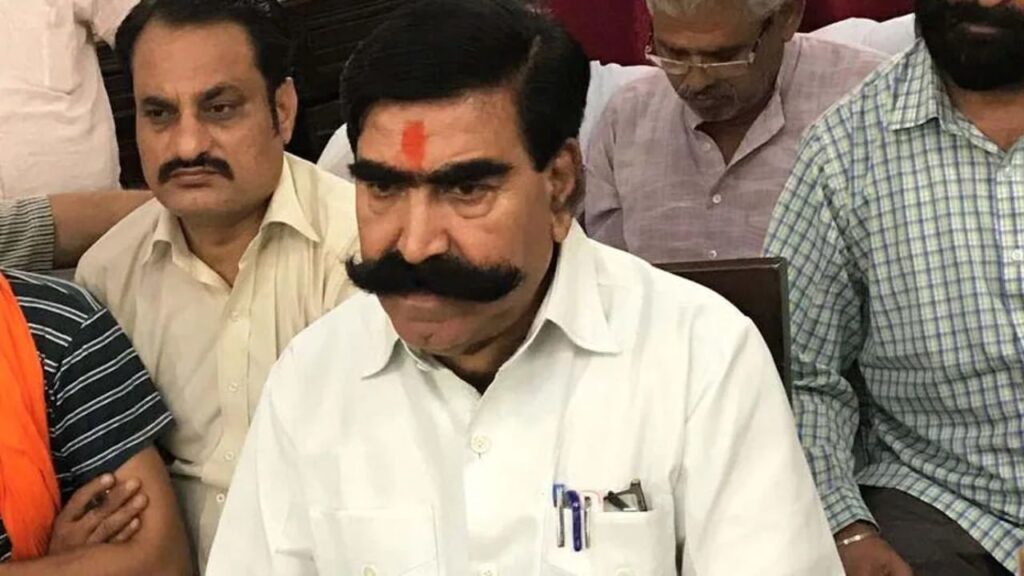 Former MLA and leader Gyandev Ahuja said that Vasundhara Raje should now give up the temptation, thinking and thoughts of becoming the Chief Minister of Rajasthan and should intensify efforts to take a big post at the Center or become a minister.

Rajasthan (Rajasthan) About 20 months before the assembly elections in the politics of politics, the political excitement has intensified. Former BJP MLA and leader Gyandev Ahuja coming from Alwar (former MLA Gyandev ahuja) Has given a big statement regarding the post of Chief Minister of the state. Gyandev Ahuja has said that Vasundhara Raje (Vasundhara Raje) He should now give up the temptation, thinking and thoughts of becoming the Chief Minister of Rajasthan. Ahuja said that Raje should now intensify efforts to take a big post at the Center or become a minister. Gyandev Ahuja issued a statement saying that I would like to congratulate Vasundhara Raje on her birthday and would like to request her supporters to give this opportunity to a new person or leader instead of campaigning to make the former Chief Minister back.

He said that the leaders of the party should unite and face the Congress by forgetting any differences and differences and work to overthrow the Congress power in the elections. Let us inform that this statement of Gyandev Ahuja has come at a time when once again BJP leader Vasundhara Raje has become active in Rajasthan and the demand for making her the Chief Minister again is gaining momentum in the Raje camp.

Raje should give up the temptation of chief minister’s post: Ahuja

At the end of his statement, Ahuja once again urged Vasundhara Raje and said that she should give up the temptation to become the Chief Minister back and give a chance to someone new from Rajasthan. Let us tell you that Gyandev Ahuja has made many statements about Raje even before this. On the other hand, on March 8, the birthday of former Chief Minister Vasundhara Raje, she is preparing for a show of strength in Keshavarayapatan, Bundi.

High command engaged in ousting the party from Vasundhara effect

At the same time, according to a report in Hindustan newspaper, there has been a situation of conflict between Vasundhara Raje and the central leadership, so now before the next assembly elections, the BJP leadership once again brought the party out of the influence of Vasundhara Raje, taking everyone along. Trying to go to the election fray. The party has continuously kept Union Minister Gajendra Singh Shekhawat active in Rajasthan.

Lok Sabha Speaker Om Birla is also taking great interest in the affairs of Rajasthan. Apart from his parliamentary constituency Kota, he has also been active in other areas for different central schemes, works related to public concerns. The party is raising these two leaders as the future leadership in the state.

In fact, Vasundhara Raje has been the only leader of the party in Rajasthan for the last two decades, but now her stature is not being liked by the central leadership. In such a situation, for the last five years, the party has made a lot of efforts to raise other leaders, but its efforts have not been successful in front of Vasundhara Raje.

Also read: Rajasthan: Brother-in-law strangled and threw sister-in-law into a well in Alwar, police found her alive after two days