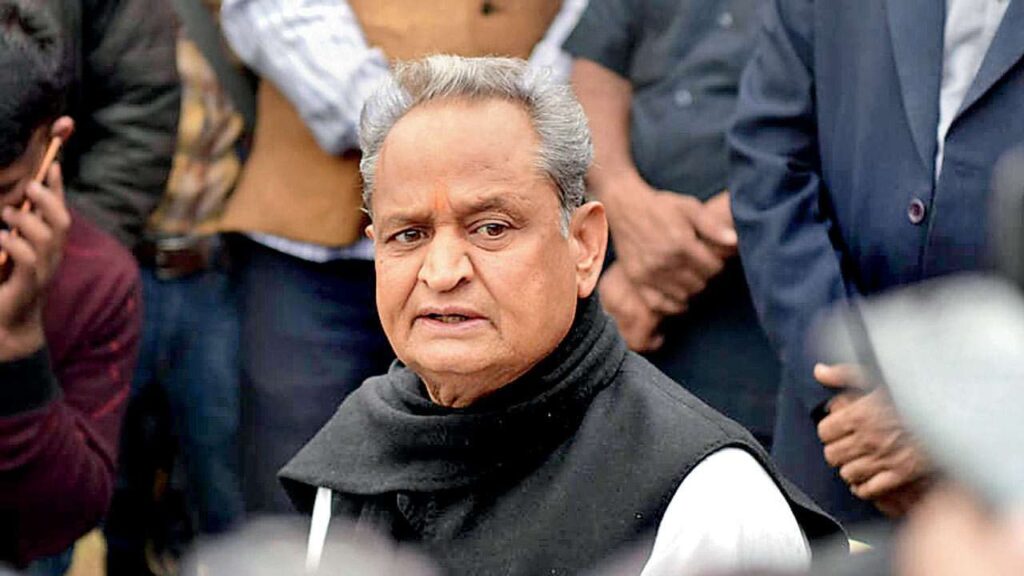 In Rajasthan, the Devasthan Department of the Gehlot government is organizing Bhagwat Katha, which started from March 1. Minister Shakuntala Rawat says that such an event will increase peace and harmony in the state.

Rajasthan (Rajasthan) In the run-up to the next year’s assembly elections, the Congress seems to be changing the political field of the game. BJP (bjp) In order to cut the Hindutva of the party, the party is now trying to cross its boat in the state with the help of soft Hindutva. In this episode, Gehlot government in Rajasthan (gehlot government) Bhagwat Katha is going to be organized, about which the government has claimed that this will increase peace and harmony in the state. On the other hand, BJP says that Congress is doing this ritual for its pro-Muslim image and the government wants to hide its failures before the election year. According to media reports, the Devasthan Department of the Government of Rajasthan is organizing the Bhagwat Katha, which is starting from March 1 on the day of Mahashivratri.

This event will last for 7 days. It is being told that the story will be organized in a temple in Jaipur in which the minister of the department, Shakuntala Rawat herself will be involved in the Kalash Yatra.

Bhagwat Katha for peace and prosperity in the state

Minister Shakuntala Rawat said about this that the government is organizing the story with the aim of welfare and prosperity of the state and such events should continue. Rawat said that Chief Minister Ashok Gehlot, while presenting the state budget, has also said that we believe in taking all sections along and in peace and goodwill in the state.

The minister further said that organizing Bhagwat Katha is just the beginning, Congress will organize Sundar Kand, Ram Katha and religious programs in big temples in the coming days. He said that Congress respects all religions.

On the other hand, on this event of Congress, former minister and senior BJP MLA Vasudev Devnani says that the Congress government wants to divert the attention of the people from its failures and is working to woo people by organizing such programs. Devnani said that whether it is Nandishala or any other issue, Congress gives preference to minorities only.

Devnani alleged that Congress is doing politics of balance and which was started by Rahul Gandhi and Priyanka Gandhi by visiting temples across the country.

Also read: Kota Murder: Teacher Gaurav strangled a minor after watching the movie Baazigar, watched the video of screaming before the murder

Also read: Alwar Minor Girl Case: Even after one and a half months after the incident, the hands of the police are empty, many shocking facts found in the minor’s FSL report