Rajasthan: BJP MLAs did meditation and exercise in the barricade… many sessions were organized, now veteran leaders of the center will reach the camp 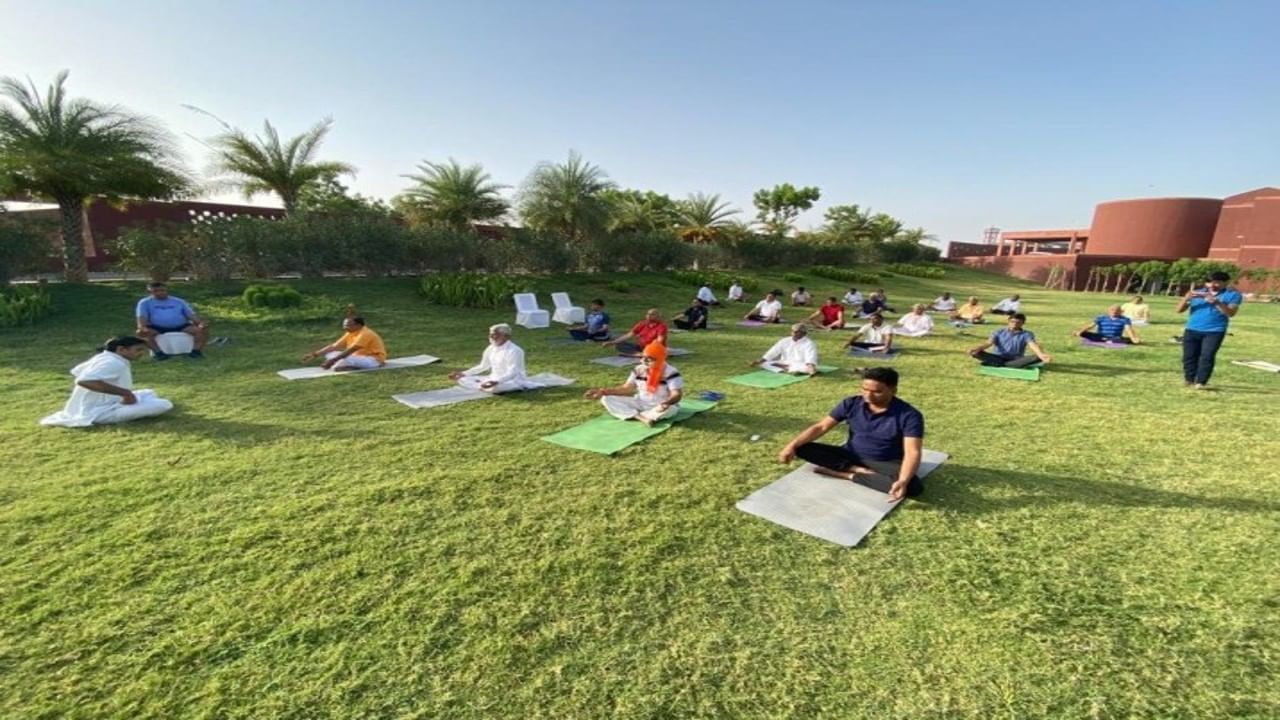 Ahead of the Rajya Sabha elections in Rajasthan, several sessions are being organized in the training camp of BJP MLAs in the ongoing barricade. BJP MLAs will be kept in the hotel till June 10. Sessions were organized on many topics in the camp where senior party leaders addressed the MLAs.

Rajya Sabha elections in Rajasthan (rajya sabha election) In the ongoing fencing before, MLAs of both Congress and BJP parties have been kept in the hotel. It is believed that the MLAs have been kept in the hotel due to the possibility of cross voting in the elections. However, BJP has given the name of training camp to keep the MLAs at a place where many sessions are being organized by the party. BJP MLAs (bjp mla) Will be kept in the hotel till June 10. Let us tell you that in the hotel, sessions for MLAs on many topics including party’s policy, Vikas Yatra, Prime Minister Modi’s service, 8 years of good governance and poor welfare and Mission 2023 (mla training camp) was organized where senior party leaders addressed the MLAs. Apart from this, the MLAs also did yoga, meditation and exercise here on Tuesday. During this, State President Dr. Satish Poonia, Leader of Opposition Gulabchand Kataria, Deputy Leader of Opposition Rajendra Rathod and Vasundhara Raje were also present.

At the same time, on the third day of the fencing of MLAs, there will be addresses of party leaders on many subjects. Apart from this, many veteran BJP leaders associated with the Center will also be involved. On Wednesday, BJP’s National General Secretary and state in-charge Arun Singh, National Spokesperson Sudhanshu Trivedi and Union Minister Arjun Ram Meghwal will reach Hotel Devi Ratan among the MLAs.

Rajasthan | BJP MLAs perform Yoga at the resort in Jaipur where they are staying. Their three-day ‘MLA training session’ is underway. pic.twitter.com/tOKoUXIPVD

At the same time, Vasundhara Raje, another former Chief Minister of the training camp, also reached the hotel. BJP MLAs were explained the voting process in the elections on the second day. Along with this, information was given about cultural nationalism and development journey of BJP in other sessions. At the same time, Gulabchand Kataria addressed on cultural nationalism. Apart from this, the party’s state president Satish Poonia gave an address on the topic of features of BJP’s working method.

Senior MLAs Kailash Meghwal, Shobharani Kushwaha, MLAs Siddhi Kumari, Ramswaroop Lamba and Deepti Maheshwari did not reach the camp of BJP MLAs on the second day. Along with this, Ghanshyam Tiwari and BJP’s supported independent candidate Dr Subhash Chandra also reached for about 1 hour in the practice class of BJP MLAs.

Let us tell you that on the third day of the MLAs’ camp, several sessions will be organized throughout the day, which will include topics like Modi government, media and social media, Mission 2023 and booth empowerment campaign. Senior leaders associated with the party will address these sessions of BJP. After this, BJP MLAs will be given training related to the voting process late in the evening.