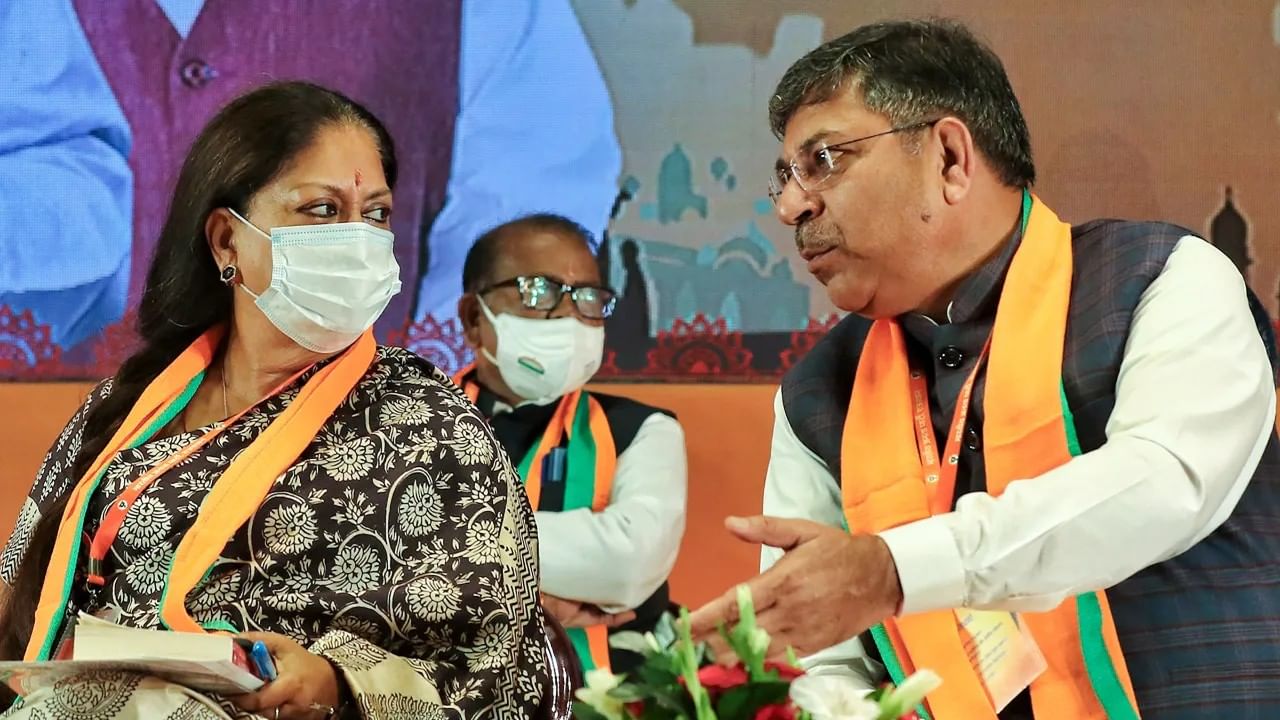 Rajasthan for BJP surprised in the election results of the politics of the country (rajasthan) The road is still full of thorns. The loss in the Rajya Sabha elections and factionalism in the party’s state unit remains a worry for the BJP high command in 2023. Assembly elections are to be held in Rajasthan next year, so it is not easy for the factional BJP to create an atmosphere of anti-incumbency against the Gehlot government. It is believed that BJP (rajasthan bjp) The leadership may soon give the responsibility of election in-charge to a senior leader in the state. According to media reports, former BJP national president Nitin Gadkari or any other effective leader can get the command of Rajasthan. It is known that Vasundhara Raje in Rajasthan (vasundhara raje) The party, which is divided into supporters and opponents, seems to be scattered despite all the efforts of the high command.

Recently, in the BJP Working Committee meeting, Vasundhara Raje’s departure without giving a speech and before the meeting BJP leaders had become a topic of discussion in the political corridors.

Solidarity is a big challenge before BJP!

Internal strife in Rajasthan BJP has gained momentum. Let us tell you that the central leadership is preparing to enter the election field under the collective leadership, but a section is continuously pressurizing to put Vasundhara Raje forward for the CM face. In the meeting of national office bearers in Jaipur last month, party president JP Nadda had clearly said that in the assembly elections, the party would enter the field under collective leadership, but despite this factionalism in the BJP is not taking its name.

There was a lot of uproar before the BJP State Working Committee meeting in Kota on Wednesday and then after the meeting started, the displeasure of former CM and senior party leader Vasundhara Raje was clearly visible. Vasundhara Raje left the meeting and came out midway.

Recently, a meeting of BJP’s working committee was organized in Kota where many leaders including Satish Poonia to state in-charge Arun Singh were present. According to the information received, a total of three sessions were to be held in the meeting where Vasundhara Raje’s address was fixed in the third session, for which a time of 25 minutes was also fixed.

But Vasundhara Raje left the meeting midway without giving a speech. Earlier in the meeting, there was a ruckus when Vasundhara Raje’s media advisor and personal security guard were not allowed inside, after which BJP leaders and workers clashed.

Here, even after the defeat of BJP-backed independent candidate Subhash Chandra in the Rajya Sabha elections, the party’s differences came to the fore. One of the party’s MLAs, Shobharani Kushwaha, who is an MLA from Dholpur, Vasundhara’s home constituency, did cross-voting. However, later BJP expelled Shobharani. It is worth noting that even before the 2018 elections, the high command wanted to make Gajendra Singh Shekhawat the state president, but it was not possible under the pressure of Vasundhara supporters.