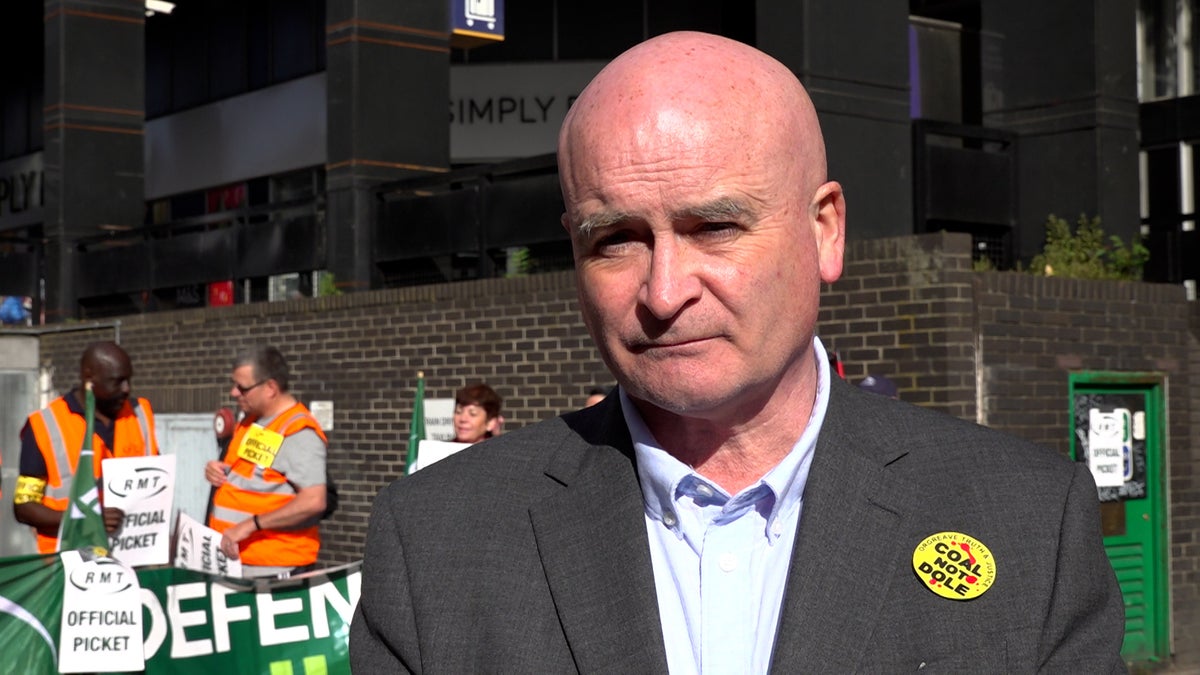 Public opinion has shifted dramatically in assist of rail strikes by the RMT commerce union, a brand new ballot has discovered.

Pollsters Opinium discovered 45 per cent of the general public now say they assist the stoppages, with simply 37 per cent opposed.

The shift in views by a internet 12 factors comes after RMT normal secretary Mick Lynch took to tv and radio studios final week to make his union’s case to the general public.

His frank and direct appearances gained plaudits from throughout the political spectrum on social media, although it was on the time unclear whether or not the polls may shift.

Yet the brand new figures, polled on Sunday after the mud settled on spherical one of many dispute, present assist for the strike rising +7 share factors from the identical ballot query on Thursday, and opposition falling by -6 share factors.

Polling forward of the strike was blended, with pollsters suggesting that folks believed the walk-outs had been justified, however stopping wanting full assist.

Yet that ambiguity seems to have disappeared within the wake of the three days of motion, which noticed staff from over a dozen operators and the infrastructure supervisor Network Rail stroll out over job losses and a below-inflation pay deal.

In an announcement, the RMT mentioned: “It takes time to change public opinion. It is no easy task. However, day by day and hour by hour more people see through the Tory lies about ‘modernisation’ and realise just how vital it is to support rail workers.”

The authorities was broadly criticised for refusing to intervene forward of the strike, failing to sit down down with unions and employers to strike out a deal.

The RMT has mentioned extra strikes may happen if the dispute isn’t resolved.

But because the stoppages transport secretary Grant Shapps has upped the rhetoric towards the rail staff, accusing them of outdated work practices.

Labour chief Keir Starmer banned his frontbenchers from supporting the strike on picket strains through the dispute, in an try to impress hostile voters and pundits.

But impressed by the most recent ballot displaying widespread public assist, Labour MP Jon Trickett mentioned: “The RMT union has shown what strong leadership and clarity of message can do to public opinion. Good leadership is about being a signpost, not a weathervane.”