On Mamata Banerjee’s statement, Kapil Sibal said- ‘UPA will be a soulless body without Congress, time to show solidarity’ 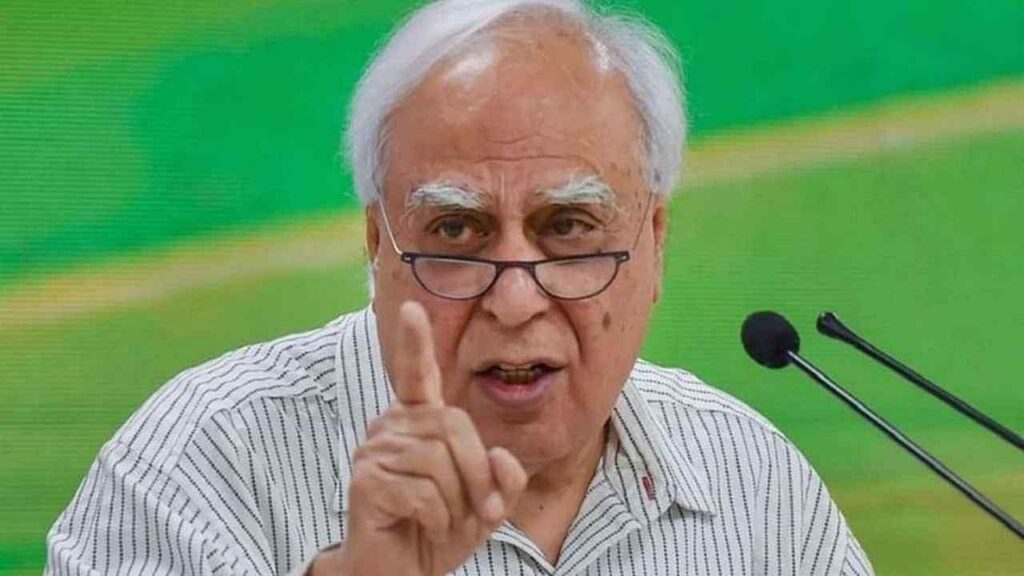 Earlier, countering Mamata Banerjee’s statement, the Congress on Wednesday said that a political party that thinks only of itself cannot defeat the BJP.

Senior Congress leader Kapil Sibal on Thursday said the United Progressive Alliance (UPA) without the Congress would be like a body without a soul, in the backdrop of West Bengal Chief Minister Mamata Banerjee’s alleged remarks that there is “no UPA now”. . He tweeted, “UPA without Congress will be like a body without soul. This is the time to show opposition solidarity.

In an event in Mumbai on Wednesday, the Trinamool Congress chief had said that constant efforts are necessary for politics. In a veiled attack on Rahul Gandhi, he had said, “You can’t stay abroad most of the time.” Asked if she wants Nationalist Congress Party (NCP) President Sharad Pawar to become the UPA president, Mamata Banerjee said, “There is no UPA now.”

Earlier, countering Mamata Banerjee’s statement, the Congress on Wednesday said that a political party that thinks only about itself cannot defeat the BJP. The Congress also said that such a demonstration would prove fruitless and would help the BJP-led government at the Centre.

Without the Congress , UPA will be a body without a soul

During an interaction with civil society members, Banerjee claimed that she had advised the Congress to set up an advisory committee of eminent civil society personalities to guide the opposition, but the plan did not materialise.

Congress the only option for democracy- Thorat

Hitting out at Banerjee without naming her, Congress Legislature Party leader and Maharashtra Revenue Minister Balasaheb Thorat said the entire country knows the fight the Congress has started against the “atrocities” of the BJP and the central government. “No party can fight against BJP by criticizing Rahul Gandhi directly or indirectly, especially if it is considering its political gains and personal ambitions. Congress is the only option for the country and democracy.

Thorat said that the Congress has fearlessly fought the BJP under the leadership of Rahul Gandhi for the last seven years. “BJP and other parties have made personal attacks against him (Rahul) and his family. Campaigns were launched to malign his image, but Rahul Gandhi did not back down.

Also read- Delhi School News: All schools in Delhi closed from tomorrow due to pollution, decision after Supreme Court’s strictness

Also read- Pollution: Central, Delhi and state governments got 24 hours time from Supreme Court, concrete proposal will have to be given on pollution control measures