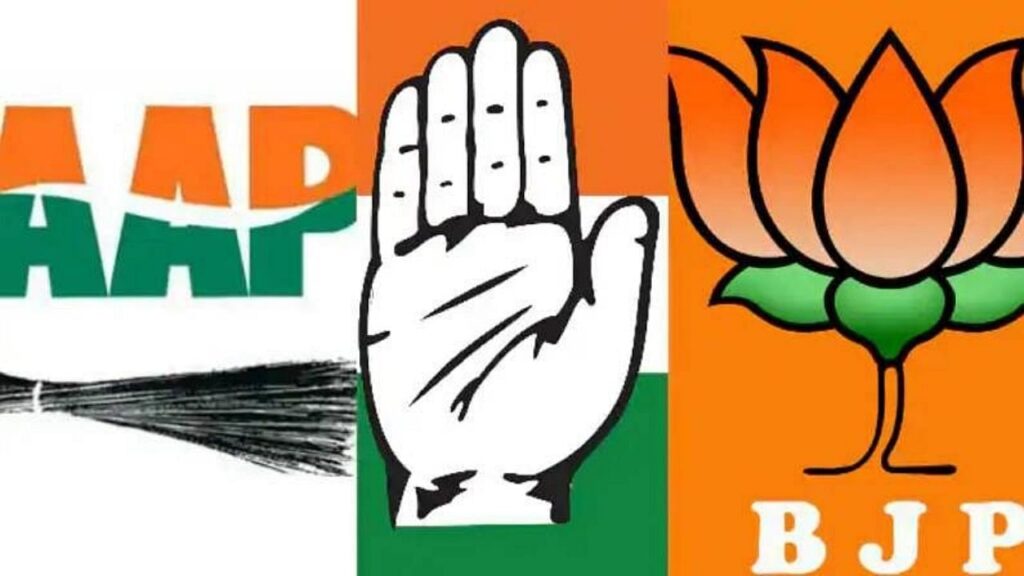 In NewsNCR Satta Sammelan, Congress has denied the work done by its own former Chief Minister Captain Amarinder Singh. At the same time, the BJP has said that the rule of the jungle is going on in Punjab, not the law.

In response to a question asked about nationalism, BJP leader and former MP Satpal Jain said that the issue of nationalism is approved by the Constitution. When a candidate goes to nominate or takes oath after winning, then he takes an oath to maintain the unity and integrity of the country. He said that the issue of security lapse of the PM should be seen by all political parties above politics. At the same time, Jain said that no such incident has happened in the history of the country. She said that the kind of law and order situation being created in Punjab, she is going to invite President’s rule.

The Congress cannot justify the security lapse with the dismay of the farmers; Akali Dal

In the conference, Akali Dal core committee member S Mahisinder Singh Grewal told that the Chief Minister, Home Minister and DGP have given different statements in the Ludhiana blast case. The DGP says that Sikh for Justice was involved behind the incident. Congress should tell what is the relation of Congress with Sikhs for Justice. He questioned whether the Congress wants to repeat the incidents before 1984. He said that today in Punjab, there is no law but the rule of the jungle. In the matter of PM’s security lapse, Congress is saying that farmers are disappointed, but Congress cannot justify it. He said that this is not an outrage in front of the 1984 Operation Blue Star. He alleged that Congress President Siddu, Home Minister Randhawa and Chief Minister Channi were trying to eliminate Punjab.

BJP is trying to end brotherhood in Punjab; You

In the conference, K Malvinder said that it is unfortunate that since 2014, when the BJP government came, it is engaged in destroying the brotherhood of the country and painting the country in one color. He said that in 1984 there was no riot in Punjab, but since the past few such incidents are happening in Punjab. Cruelty is an example of this. He said that the lapse in the security of PM Modi is the failure of the Home Ministry as well as the Punjab Government. The central and state government should decide together on this sensitive issue.

The captain failed to deliver on his promises; Congress

Also read- Congress leader Manish Tiwari said, PM’s security lapse case should not be made political football, SPG Act is a law of the central government