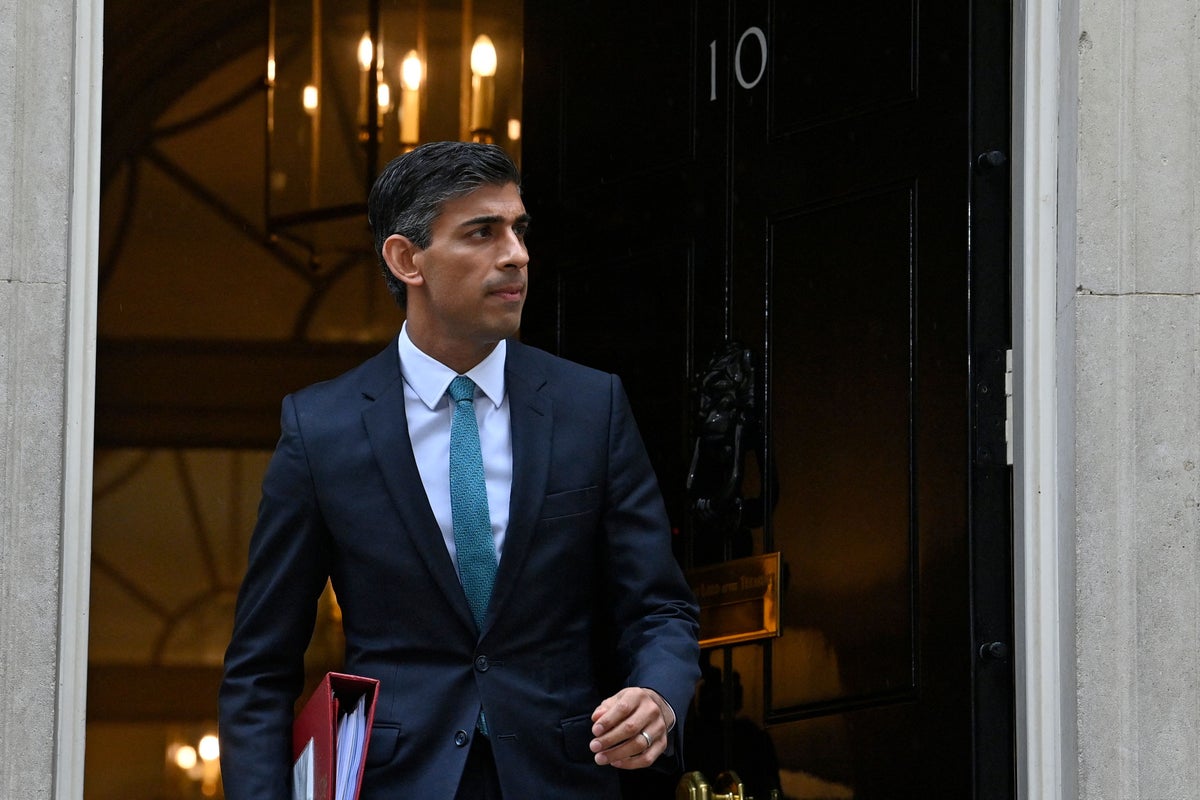 Get our free Inside Politics e mail

A Labour MP has accused Rishi Sunak of “silencing women’s voices at the top table” over the shortage of ladies the brand new PM has chosen for his cupboard.

Kate Osborne, who sits on the Women and Equalities Committee, informed The Independent she shouldn’t be shocked the brand new cupboard is male-dominated as a result of Conservatives treating girls as “second class citizens”.

Women make up 22 per cent of these politicians allowed to go to cupboard conferences beneath Mr Sunak’s premiership, which is a fall from 32 per cent of ladies initially of Liz Truss’ brief stint as PM.

It can be decrease than the equal proportion for Boris Johnson’s cupboard, the place girls made up 24 per cent of cupboard ministers, whereas Theresa May had 30 per cent. Just 5 of the 31 members of Mr Sunak’s cupboard usually are not white.

Ms Osborne, MP for Jarrow, mentioned: “We shouldn’t be surprised that Sunak’s cabinet has more jobs for the boys.

“There are just seven women in Sunak’s cabinet, but it’s not just silencing women’s voices at the top table but the impact the policies Sunak’s government have on women.

“It is women who face the brunt of the consequences of Conservative chaos, women hit hardest by cuts and the cost of living crisis they have caused.”

Ms Osborne famous Kemi Badenoch, his new Minister for Women and Equalities, voted towards buffer zones that defend girls in search of abortions final week – as she warned her “track record is hugely worrying” for the LGBT+ group.

She added: “Representation matters but let’s be clear more Tory women in the cabinet wouldn’t change the damage their policies are doing to our communities.”

Frances Scott, director and founder of 50:50 Parliament, a cross-party campaign to reach gender equality in Westminster, told The Independent it was “a shame” there are less women in cabinet under Mr Sunak, but added “when you haven’t got the women on the backbenches, then you can’t bring them forward to the front”.

She said: “We all need to be working to build a better democracy and one in which women are rightfully represented.

“Women are the majority in life but the minority in parliament. The low number of rape convictions, the lack of midwives, the prevalence of violence against women, and unaffordable childcare are all issues in the UK that might be remedied by better representation.”

Mandu Reid, the Women’s Equality Party leader, said the Conservative government is “totally failing girls – each in illustration and in coverage”.

While Amy Whitelock Gibbs, of the Fawcett Society, the main UK gender high quality charity, mentioned: “We are disappointed that the proportion of women in cabinet has dropped and urge the government to put women’s voices and gender equality at the heart of the UK’s economic recovery which must prioritise the most marginalised.”